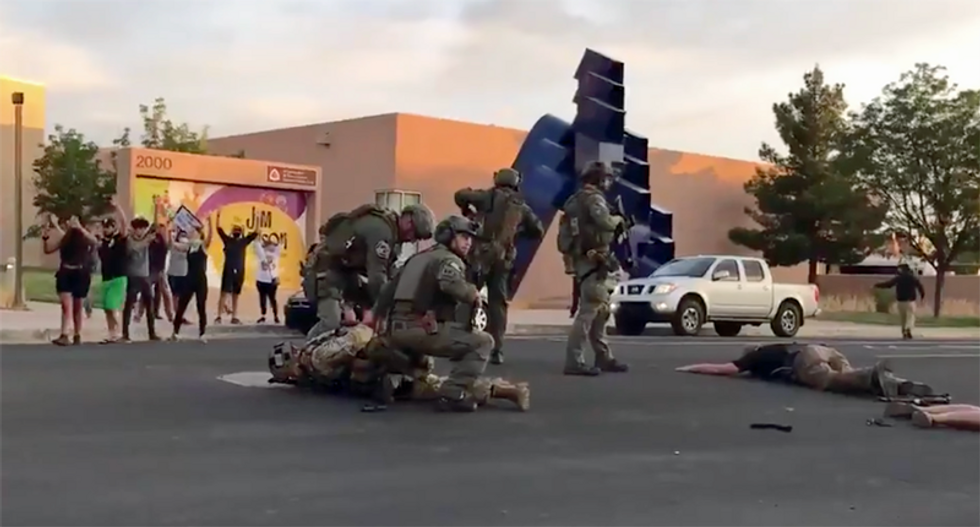 Dramatic video posted to social media on Monday evening documents the aftermath of a shooting at a protest in Albuquerque.

"A man was shot during a protest at Tiguex Park Monday evening. The protest was for the removal of a Juan de Oñate statue, 'La Jornada', outside the Albuquerque Museum," KOB-4 reports. "Moments before protesters were about to remove the statue with a chain, shots were fired into the crowd."

New Mexico civil guard members and one other man being arrested. All weapons being taken from them. Still no ambula… https://t.co/yFWGFCGUaP
— Megan Abundis (@Megan Abundis) 1592273452.0