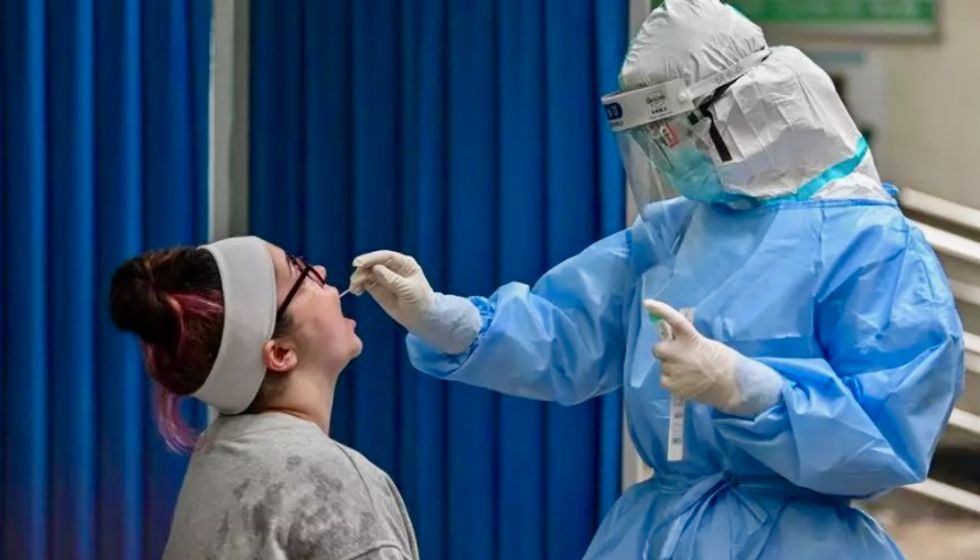 More than two dozen new coronavirus cases in China and the first New Zealand infections in almost a month on Tuesday underlined the immense challenges still ahead in containing the deadly pandemic, even as some EU nations reopened their borders to fellow Europeans.

More than eight million people have now been infected with the virus worldwide since it first emerged in China late last year -- with more than 435,000 deaths -- and the tolls are still surging in Latin America and South Asia.

Caseloads have declined across Europe, however, and governments are keen to ease lockdowns that have saved lives but devastated economies -- despite experts warning that restrictions will be required until a vaccine or effective treatment is developed.

The latest reminder of the threat came on Tuesday from China, which had largely brought its outbreak under control, as 27 new infections were reported in Beijing, where a new cluster linked to a wholesale food market has sparked mass testing and neighborhood lockdowns.

"The epidemic situation in the capital is extremely severe," Beijing city spokesman Xu Hejian warned, as the number of confirmed infections soared to 106.

AFP / Orlando SIERRAHealth workers carry the bodies of two victims of COVID-19 at the state Escuela Hospital in Tegucigalpa, Honduras

And New Zealand reported its first cases in almost a month -- two recent arrivals from Britain -- prompting authorities to start tracing their movements.

The South Pacific nation had declared last week that it had ended community transmission of the virus.

While these cases have caused concern about the possibility of a full-blown resurgence in countries that have suppressed their outbreaks, the disease is gaining a worrying momentum in other regions with massive populations.

Known infections in India have crossed 330,000, and authorities already stretched by the COVID-19 outbreak are bracing for the monsoon season, which causes outbreaks of illness such as dengue fever and malaria every year.

But now, she says, "COVID-19 has left us helpless... and the monsoon will make things even more difficult."

In Latin America, countries are struggling to contain the disease while trying to ease the crushing economic blow dealt by widespread lockdowns and social distancing measures.

AFP / Sakis MITROLIDISMedical staff wait for passengers on a plane from Germany at Thessaloniki airport, as Greece's two main airports reopen to arrivals from some countries

Peru reported its economy shrank by more than 40 percent year-on-year in April, while Chile extended its state of emergency by three months as it struggles with a controversy over how it is counting COVID-19 deaths.

In the United States, the world's worst-hit nation, there have been flare-ups in some states.

But President Donald Trump's administration insists there will be no new economic shutdown even if a second wave hits.

A return to normal still looks distant, however, with the Oscars postponed by two months, the latest casualty of an already interrupted sports and entertainment calendar.

After a gradual drop in new cases, European nations including Belgium, France, Germany and Greece lifted border restrictions hoping to boost tourism and travel over the summer months.

In Spain, a planeload of German tourists flew to the Balearic islands in an experimental pilot project.

In Brussels, Joy Kamel, a student traveling to join her father in France, waited to board a flight to Marseille.

"It's been five months since I've seen him," she told AFP. "I'm in the middle of exams, but since I'm taking them online, I might as well take advantage."