No antifa activists charged in DOJ crackdown on protesters: report 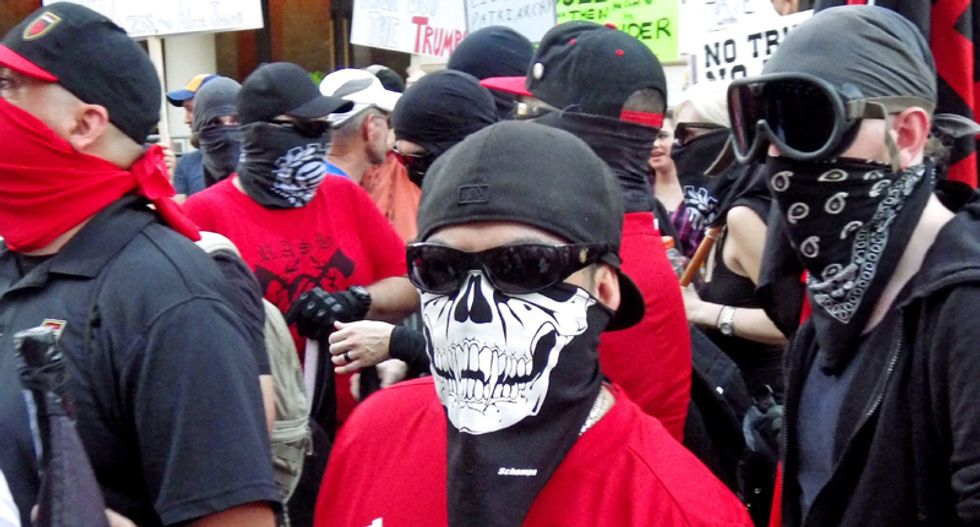 Antifa protesters against the president in Phoenix in 2017. Photo by Einar Kvaran.

Reuters investigated claims by Donald Trump's administration -- and did not find evidence to back up their claims about antifa.

"Attorney General William Barr promised a crackdown on members of the anti-fascist movement known as antifa and other 'extremists' he blamed for helping to drive the violence," Reuters noted. "But a Reuters examination of federal court records related to the charges, social media posts by some of the suspects and interviews with defense lawyers and prosecutors found mostly disorganized acts of violence by people who have few obvious connections to antifa or other left-wing groups."

As the claims were made by the head of the Department of Justice, Reuters only reviewed federal cases.

"In some of the charging documents reviewed by Reuters, no violent acts are alleged at all," Reuters reported. "While Barr and President Donald Trump have repeatedly singled out antifa, an amorphous movement of primarily leftist anti-authoritarians (the name is derived from 'anti-fascist'), as a major instigator of the unrest, the term does not appear in any of the federal charging documents reviewed by Reuters."

While the anti-fascist movement was not mentioned by name, a right-wing movement was reportedly listed in the documents.

"Only one group was called out by name in a federal complaint: the so-called boogaloo movement, whose followers, according to prosecutors, believe in an impending civil war," Reuters reported. "Hate group experts say boogaloo’s followers are largely an assortment of right-wing extremists."