No, Republicans aren't split over Trump -- and they never will be: CNN columnist 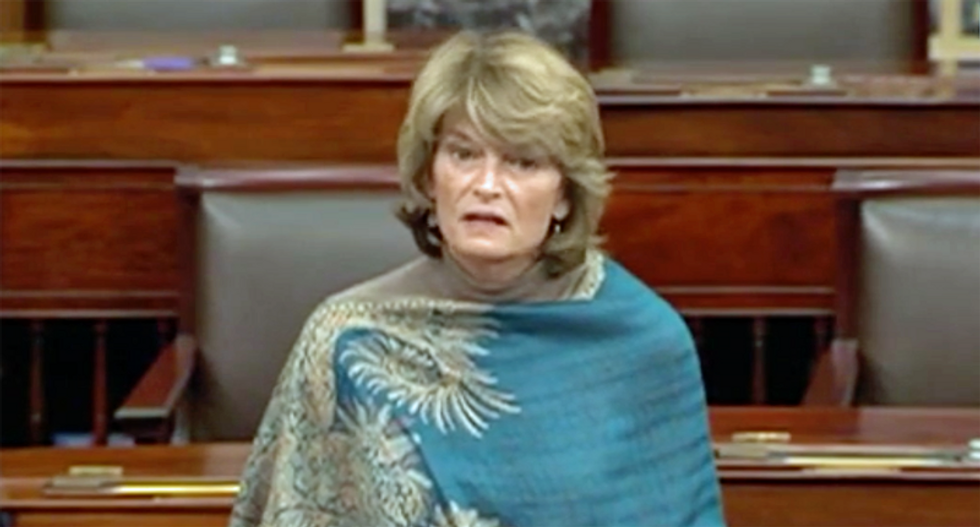 When Sen. Lisa Murkowski (R-AK) announced that she might not vote for President Donald Trump and Sen. Mitt Romney (R-UT) marched with Black Lives Matter protesters, speculation spun a fantasy that Republicans were splitting from the president. According to CNN political analyst Julian Zelizer, this really was just a fantasy.

The desperate and hopeful claim that Republicans would abandon Trump to save themselves is a narrative that every network and every national paper has speculated on since the days of the "Access Hollywood" tape.

"It needs to stop," wrote Zelizer. "The notion that there is a major fissure between the Republicans and President Trump simply masks the character of the modern party. Republicans nominated and elected Donald Trump to be President four years ago. They have stood by him, and done so even in the toughest of times. Nothing, even his 'fine people' remarks after a 2017 white supremacist march in Charlottesville or his recent hardline response to mass marches over George Floyd's death at the hands of Minneapolis police, shakes this."

Trump has said and done so many things that would have ended the career of any normal politician. But Trump's stranglehold on the GOP's most dedicated extremists means the Republicans are tucked into a corner.

"The story of the Trump presidency has been a story about how comfortably he sits within his party," Zelizer. "Throughout his term, polls have shown remarkably solid support for the president within the Republican electorate, regardless of his actions. By and large, congressional Republicans have stood by him at every turn, protecting him from investigations and continuing to vote the party line on most issues. Of course, some such as Maine Sen. Susan Collins hem and haw, but that's the sum total of their profiles in courage."

The most accurate and harshest criticisms of Trump have come from inside the GOP. The Lincoln Project, founded by former John McCain campaign adviser Steve Schmidt, now-former Republican Rick Wilson, and GOP lawyer George Conway, has attacked Trump in ways that wouldn't mean the same coming from Democrats. Zelizer named Conway the worst Trump foe, saying that he knows Trump very well and can blast the president in ways that hit him the hardest.

"These are platitudes meant to disguise the choice voters actually face in November, between a party that has gone all-in with Trumpism and another that has not. Every American is free to decide which choice they prefer for the next four years, but nobody should be under the illusion that a different option is on the table," he closed.

Read the full editorial at CNN.com.

Discovery comes most often not from finding something unknown or long hidden but from seeing afresh what has been on the table all along. — David McCullough

After all this time, is it still possible to underestimate Mitch McConnell's political skill and his destructive impact on our country?