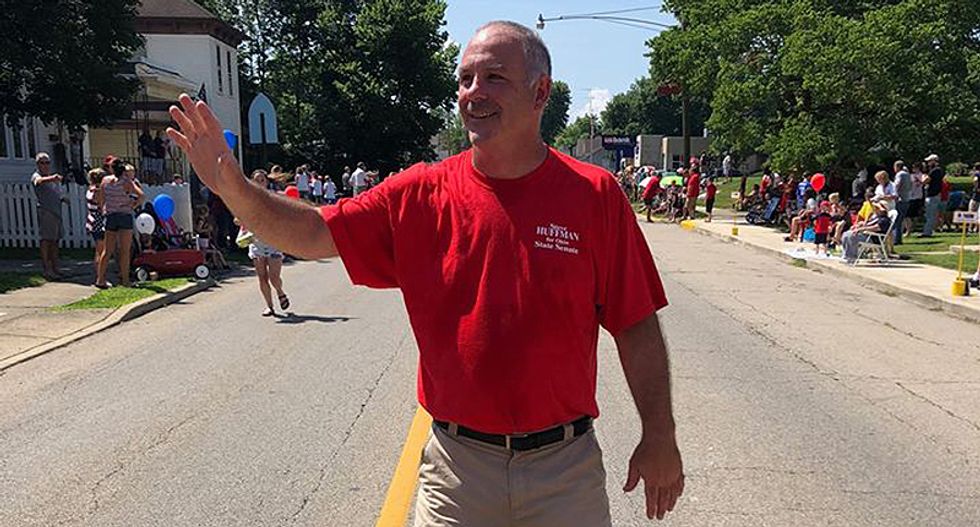 Black communities are disproportionately suffering from COVID-19 more than whites are and one Ohio Republican wonders if it's because the "colored population" doesn't wash their hands, reported the Dayton Daily News.

"My point is I understand African Americans have a higher incidence of chronic conditions and it makes them more susceptible to death from COVID," said state Sen. Steve Huffman, R-Tipp City, who is also an emergency room physician. "But why it doesn't make them more susceptible to just get COVID. Could it just be that African Americans or the colored population do not wash their hands as well as other groups or wear a mask or do not socially distance themselves? That could be the explanation of the higher incidence?"

The spread of COVID-19 has a lot to do with people who preexisting health problems in the community like obesity, diabetes, heart disease, high blood pressure and other factors that cause compromised immune systems like age. Those health problems can all trackback to access of affordable health care, something many people of color don't have. Another reason people of color are getting the virus more is that they're more likely to be part of the "essential" workforce, but they're not in the medical fields. If they were, they would have access to personal protective equipment to ensure when they came in contact with the public, they are safe. Many employers aren't doing that for workers outside the medical fields.

"Structural inequities and social determinants of health that are influenced by implicit bias and racial discrimination," is another factor, said AMA President Patrice A. Harris, MD, MA.

"He highlights what racism is from a systematic perspective. He's a full legislator but beyond that, professionally, he's a doctor. When we talk about the health disparities that happen because black folks aren't believed when they're actually hurt, they aren't given the treatment that they need. Do you think that someone who acknowledges the 'coloreds' is going to give the love and care that people need when they come through those doors?" said Ohio Legislative Black Caucus President Stephanie Howse.