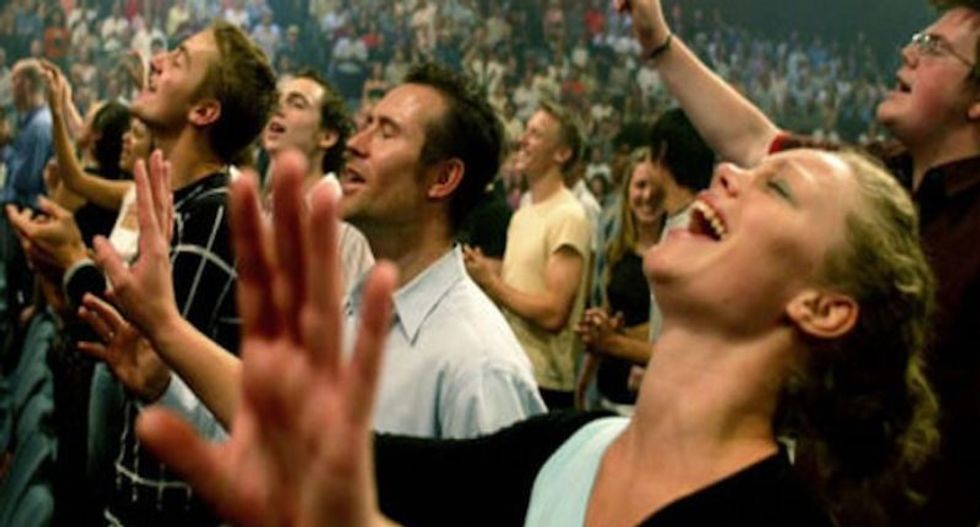 On Monday, The Oregonian reported that the Lighthouse Pentecostal Church in Union County, Oregon is tied to 236 cases of COVID-19 in the area — in a county with 258 cases. Furthermore, the report said, the president's push to reopen churches was cited as why Lighthouse chose to ignore public health directives.

"In a May 22 Instagram post, Lighthouse Pentecostal Church said it would begin in-person services Memorial Day weekend 'in accordance' with President Donald Trump’s demands that states allow churches to open," reported Celina Tebor. "At the time, Union County was still in Phase 1 of reopening, in which religious groups are not allowed to convene in large groups. The governor allowed faith groups to meet in gatherings of 25 people if congregants stayed a certain distance apart."

However, said the report, "A Facebook video uploaded May 24 by the church showed hundreds of worshipers in the church dancing, singing and moving around in close proximity. The video was later deleted."

Earlier in the same day that Lighthouse made its announcement, Trump had proclaimed that churches should be considered an "essential" business. “Governors need to do the right thing and allow these very important essential places of faith to open right now — for this weekend,” he said, threatening to "override" any governors who do not allow churches to resume normal services.