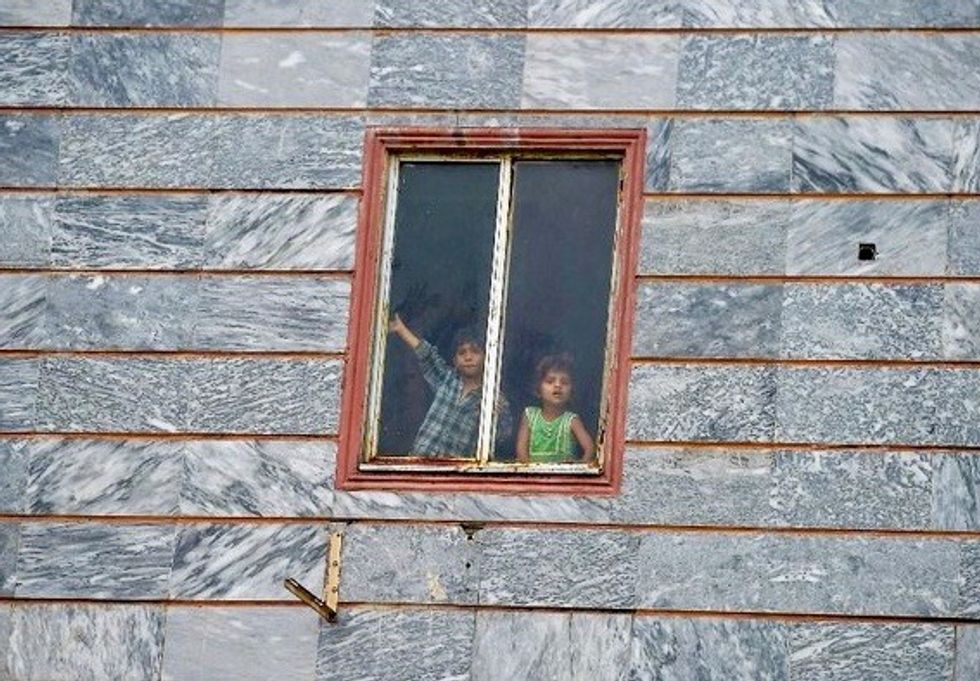 A Pakistan couple have been arrested for allegedly murdering their seven-year-old maid after she was blamed for letting a pet bird escape, police said, the latest case of violence against child domestic workers in the country.

Hassan Siddiqui and his wife employed Zohra Bibi at their home in a middle-class suburb of Rawalpindi, near the capital Islamabad, to care for their son of a similar same age.

"The poor girl was subjected to torture by Siddiqui and his wife who accused her of freeing one of the four pet Macao parrots," investigating officer Mukhtar Ahmad told AFP on Thursday.

"Siddiqui kicked her in the lower abdomen which proved fatal."

Some 8.5 million people -- including many children -- are employed as domestic workers in Pakistan, according to the International Labour Organization.

Theoretically it is illegal to employ anyone under the age of 15, but it remains common practice.

Zohra was taken to hospital by the couple on Sunday, but died the following day. The incident was reported to the police by staff at the hospital.

The young girl's body was handed over to her parents, who live in Muzaffargarh, near the city of Multan, more than 500 kilometres (300 miles) away from where she was working.

Human rights minister Shireen Mazari confirmed the arrests in a tweet and said the ministry was in touch with police.

"Violence and physical torture against children will not be tolerated and all those involved in such incidents will be dealt with," city police chief Muhammad Ahsan Younus added.

Children are particularly vulnerable, and Bibi's case is the latest in a growing number of incidents involving minors.

In December 2018, the rising number of abuse cases led the provincial legislature in Punjab to set regulations for the employment of domestic workers, which theoretically grants them rights such as sick leave and holidays.