Pence misleads Republicans on Capitol Hill by saying not that many counties have COVID-19 increases: report 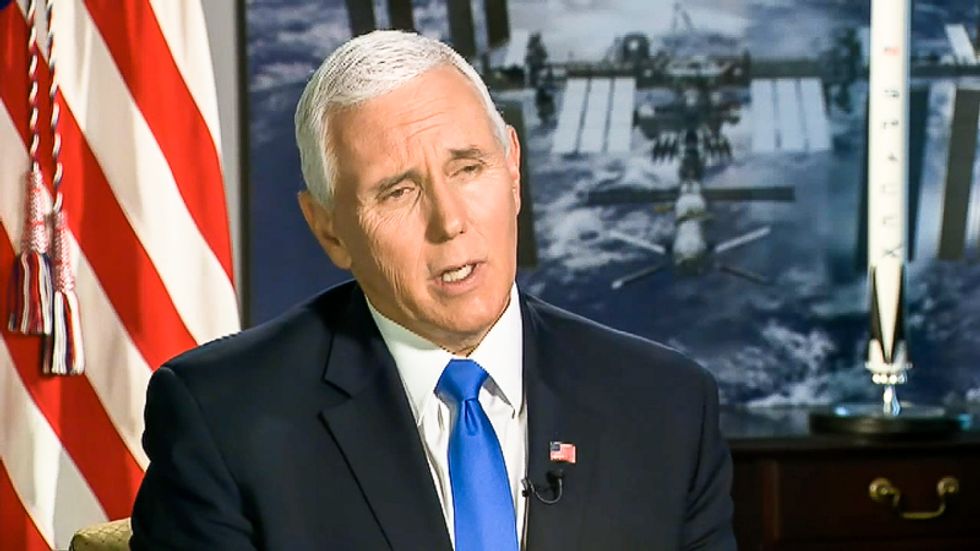 Vice President Mike Pence was either given outdated information or he's choosing to ignore the recent COVID-19 outbreak making its way through the southern United States.

Speaking to Capitol Hill on Wednesday, the Washington Post cited senators present for the meeting. who revealed Pence was trying to give positive information to the officials concerned about another coronavirus explosion that forces another shutdown.

Pence told the officials that the numbers are rising but it isn't as concerning because the mortality rate isn't increasing. Pence said that this was likely due to new COVID-19 cases being among younger and healthier people. It could also be due to the early days of the latest outbreak. The spike has only been increasing in the past two weeks.

"Pence told senators that only 3 percent of counties nationwide — and only 12 states — are actually experiencing case increases," the Post reported. "Those figures don’t align with tallies by The Washington Post, which show increased cases in around 20 or more states and marked increases in 5 percent or more of counties."

“I think compared to where we were, we’re in a much better situation, but everybody knows it’s very fragile and we’ve got to stay after it,” said Sen. John Cornyn (R-TX) as he left the lunch. “But he wanted to assure us that they’re continuing to work with the states like mine and others that are seeing some spikes, but that the mix of people is a little different. It’s younger people who are getting the virus, people who are getting tested but may be not actually experiencing any symptoms. So it’s hard to pick one number and say that represents a complete picture.”

New numbers coming out of Cornyn's state, however, reveal a serious concern that doesn't create the "much better situation" Cornyn wants to believe.

According to Dr. Peter Hotez, the situation looks bad now, but predictions are outright "apocalyptic."