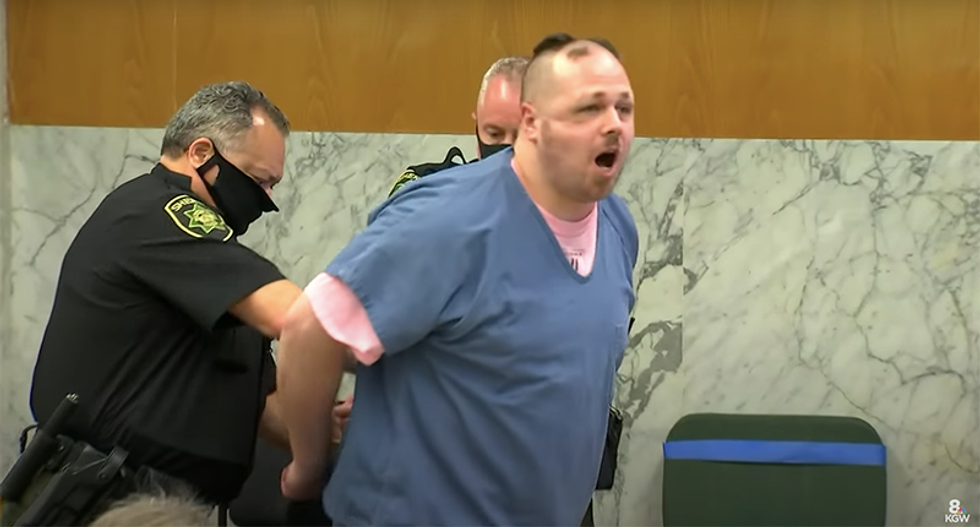 Portland knife attacker Jeremy Christian had to be removed from the courtroom on Tuesday after losing it and going on an expletive-laced attack during a victim's statement during his sentencing, KOIN reported.

A jury unanimously convicted Christian of killing 2 people and critically wounding a third person while riding on a MAX train 3 years ago. He was slated to be sentenced Tuesday after survivors and the victims' families appeared and addressed the court.

There were only 19 people in Judge Cheryl Albrecht’s courtroom for the sentencing and the first to speak was Demetria Hester. Before she finished her victim impact statement, Christian stood up, ripped off his facemask and started screaming: "I should have killed you!"

He was then handcuffed by deputies and removed from the courtroom.

“Mr. Christian was warned that if he acted out in court, he would be removed,” Judge Albrecht said. “He will not be coming back to court.”

He will not be returned to the courtroom for the rest of the victims' statements.