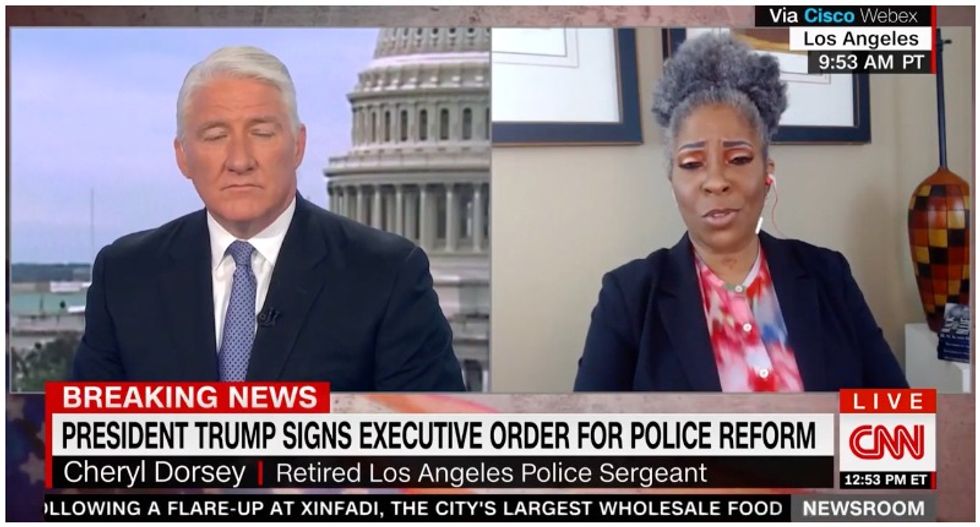 During an appearance on CNN this Tuesday, retired Los Angeles police sergeant Cheryl Dorsey slammed President Trump's Rose Garden speech in the wake of his signing of an executive order creating a federal database of police officer accused of using excessive force.

"So here's the deal -- more psychobabble from this president," Dorsey said. "It means nothing for ground pounders, for street troopers like me. Having spent 20-years in patrol in uniform as a sergeant I can tell you right now, police officers who work patrol are collectively sucking their teeth and rolling their eyes back in their head, because they're gonna create a national database, they're gonna put all these officers like [Derek Chauvin] and the rest on it, and then what?"

"Because unless and until they want to hold officers personally accountable, it changes nothing," she added. "You think there wasn't already a list over in Minneapolis that had Chauvin on it? He had 18 personnel complaints."

According to Dorsey, Trump executive order does nothing to stop officers who doing the things "that are killing us."