Reverend condemns Oklahoma City police for shocking video: ‘What we witnessed was a murder’ 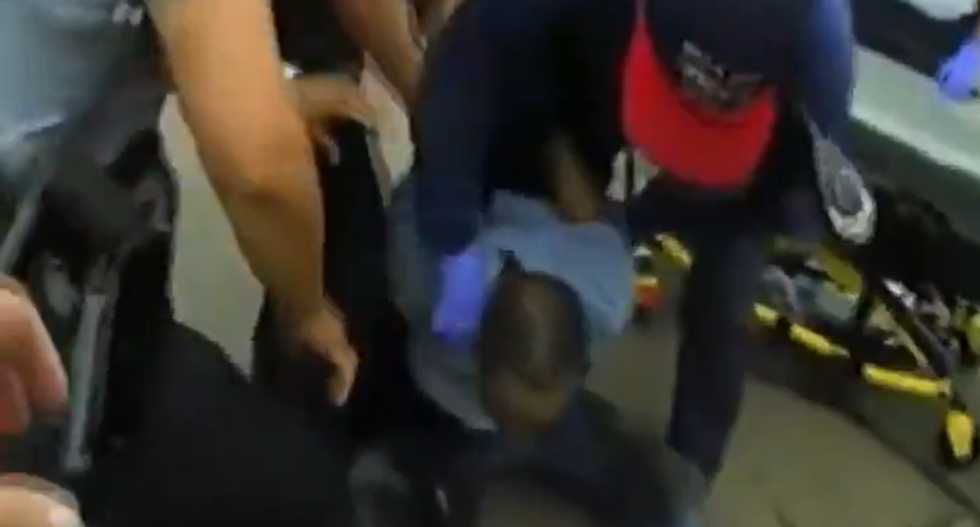 On CNN Friday, Oklahoma reverend and Women's March activist Sheri Dickerson slammed the police procedures of Oklahoma City in reference to the new video from a fatal arrest in 2019 showing Derrick Scott screaming "I can't breathe," and one officer replying "I don't care."

"The officers, as I said, were cleared of any wrongdoing," said host Erin Burnett. "What's your reaction to that?"

"The officers were cleared of any wrongdoing apparently based on the protocol and policy of the Oklahoma City Police Department," said Dickerson. "And that is one of the reasons why we know that the policies and the procedures have to be changed because what we saw was total disrespect and disregard for the humanity of Mr. Scott. And I don't know how you try that. I don't know what is in a curricula, and I don't know what comes with de-escalation. What we witnessed was a murder."

"Now, unlike George Floyd, you know, in this situation, Mr. Scott did have a gun. The video does show him trying to run away from police at one point," said Burnett. "But obviously, once they have him and restrain him and he can't breathe, it's clear he's not able to reach for that weapon. But do any of these facts change anything from your point of view?"

"The facts are ... that Black lives matter, and that Mr. Scott's life matters, and that the officers on the scene, some of them forgot that, or, as they said, they did not care," said Dickerson. "And so they are trained to be able to respond. Their job is to protect and serve. They did not protect the life of Mr. Scott even in that incident. They are supposed to be able to respond and act appropriately, use appropriate force, if necessary. But too many times, especially here in Oklahoma, the result ends up the same, and I have to look in the family's eyes and say, I'm sorry, I don't understand."