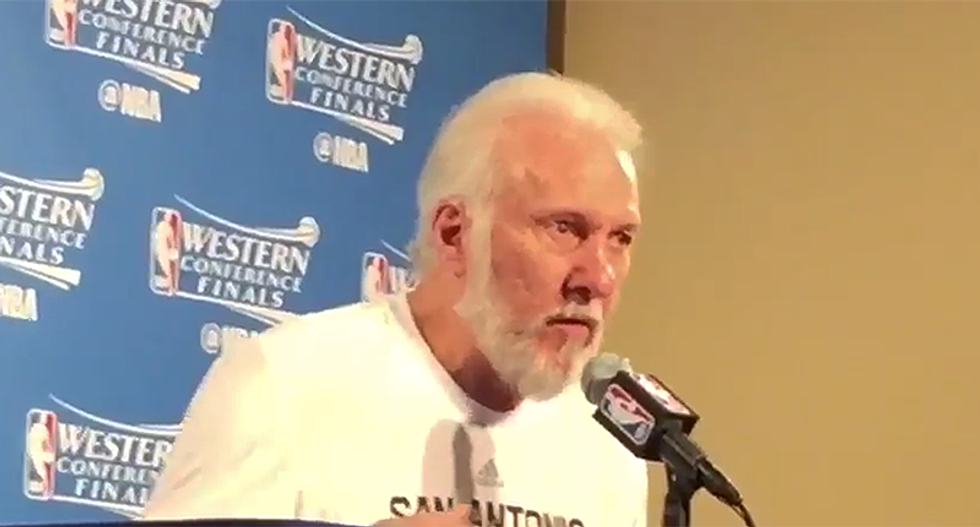 “The thing that strikes me is that we all see this police violence and racism, and we’ve seen it all before, but nothing changes," he told The Nation. "That’s why these protests have been so explosive. But without leadership and an understanding of what the problem is, there will never be change. And white Americans have avoided reckoning with this problem forever, because it’s been our privilege to be able to avoid it. That also has to change.”

He went on to question the intelligence of the president and his ability to be a leader that can bring people together.

“It’s unbelievable. If Trump had a brain, even if it was 99 percent cynical, he would come out and say something to unify people," he said. "But he doesn’t care about bringing people together. Even now. That’s how deranged he is. It’s all about him. It’s all about what benefits him personally. It’s never about the greater good. And that’s all he’s ever been.”

Popovich explained that the US doesn't even have a president willing to say that Black lives matter.

“Just say those three words," Popovich implored Trump. "But he won’t and he can’t. He can’t because it’s more important to him to mollify the small group of followers who validate his insanity. But it’s more than just Trump. The system has to change. I’ll do whatever I can do to help, because that’s what leaders do. But he can’t do anything to put us on a positive path, because he’s not a leader.

He harkened back to the Republican Primaries in 2016, when Trump's opponents were willing to speak out against him.

“It’s like what Lindsay Graham and Ted Cruz used to say when they had the courage to say it: He’s unfit. But they have chosen instead to be invisible and obsequious in the face of this carnage," he said. "In the end, what we have is a fool in place of a president, while the person who really runs the country, Senator Mitch McConnell, destroys the United States for generations to come. McConnell has destroyed and degraded our judicial system. He has tried to destroy heath care. He’s destroyed the environment. He’s the master and Trump’s the stooge, and what’s funny is that Trump doesn’t even know it. Trump’s always wanted to be part of the in-group, but McConnell is an in-group of one and Trump plays the fool.”

Read the full interview at The Nation.