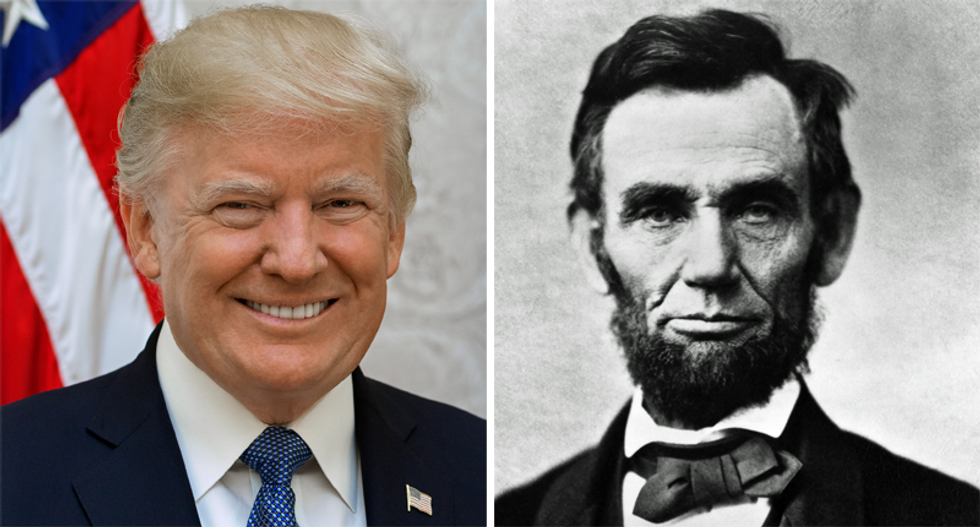 Writing in CNN, Chris Cillizza says that although President Trump planned for his Tulsa rally to be a reinvigorating kickstart to his campaign, it turned out to be something very different -- "a window into a deeply insecure President fixated on an episode of perceived weakness following the commencement address he delivered to West Point cadets a week earlier."

"Trump dedicated 1,798 words to retelling the story of his speech to cadets and his halting, tentative walk down a ramp after the address," Cillizza writes. "By way of comparison, Abraham Lincoln's Gettysburg Address was 272 words -- or roughly one-sixth as long."

According to Cillizza, it doesn't take a mental health expert to know what's going on. Trump, always concerned with looking weak, "is fixated on the ramp incident and doing absolutely everything he can to reshape the narrative to making himself look better in the eyes of the public."

Cillizza contends that Trump's ramp rant wasn't pre-written as a part of his speech. It was just another example of Trump going off script for the sake of his own ego. "A man so desperate to avoid being cast as weak or frail that he spends an inordinate amount of time re-telling a story that makes him look bad to a crowd that is, at best, marginally interested."

Read the full op-ed over at CNN.