‘The people want to vote’: Citizens bang on doors of locked polling place in Kentucky 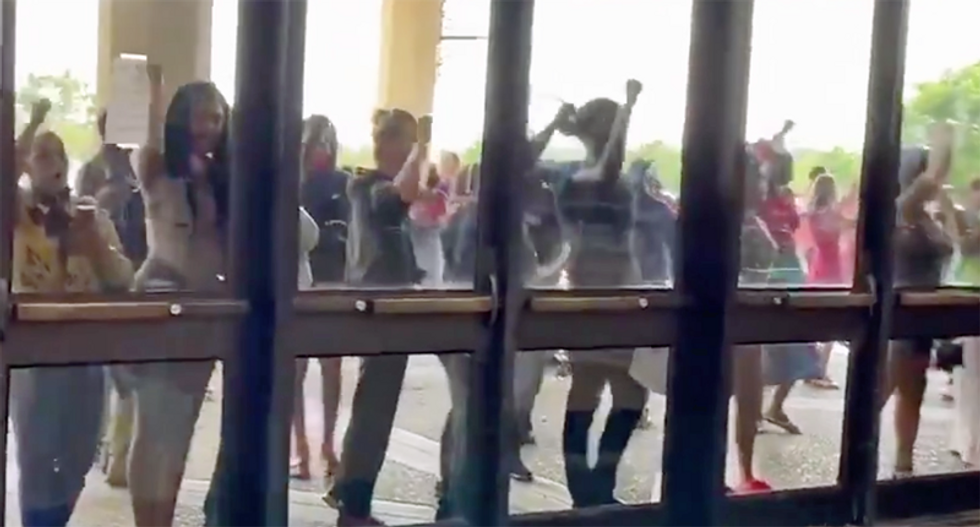 On Tuesday, a judge issued an injunction forcing the only polling place in Louisville, Kentucky, to keep its doors open for another half an hour after a chaotic scramble that left dozens of voters who had arrived on time locked out of the Expo Center.

Kentucky has among the strictest voting deadlines in the country, with polls closing at 6 pm ET. Although state laws generally count anyone who got in line before the polls closed as still eligible to vote, problems arose because several people reportedly had to wait up to half an hour to park — with some of them arriving well before polls closed but not making it to the door until three minutes after.

Reporters captured images of outraged people banging on the doors, demanding election officials let them inside.

This is Mitch McConnell's Kentucky. This is no accident. They do not want the American people to vote. https://t.co/fxcnYCcw2e
— Brian Tyler Cohen (@Brian Tyler Cohen)1592951864.0