The View's Meghan McCain says 'defund the police' slogan is breeding hysteria -- and the gun-waving St. Louis couple proves that 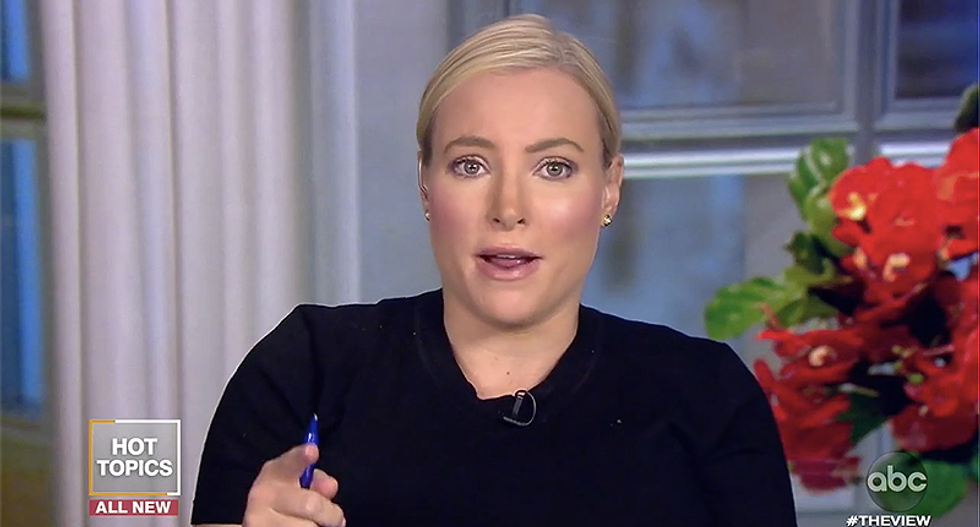 Conservative Meghan McCain returned to "The View" Tuesday to talk about the St. Louis couple, Mark and Patricia McCluskey, waving around an AR-15 at Black Lives Matter protesters.

McCain, who has a license to carry a gun, noted that it was clear the couple had no idea what they were doing. Patricia McCluskey, in particular, had her finger on the trigger of her handgun and was pointing it not only at the protesters but at her husband as well.

"She could have easily shot her husband in the head!" said McCain.

"I have a problem starting there. If you're going to do this -- me and my husband go to the range often. I'm very responsible," McCain said. "The first thing you learn in safety is you never point your weapon at something you don't intend to shoot and hit. There are many different angles of videos. I've seen about 40. I think this is what happens when people go into the suburbs in this kind of style."

As a fact-check, the neighborhood wasn't the suburbs, it was just outside of the St. Louis Zoo.

"We've had conversations on this show about protesting and what happens in different cities. There's been an impression for some people in the media that violence and looting, which is not all the protesters of course, the majority of it has been extremely peaceful. There has been some violence and some looting and rioting that's happened. I think, the question I always had is what happens when you start going into the suburbs when people a lot of times are armed and do feel intimidated. I don't know. I agree with what Sunny is saying. it's confusing to me. Their statement has changed."

In her earlier statement, Sunny Hostin noted that the McCluskey's story has evolved from claiming that there was a mob attacking them to protesters destroying things.

"If a mob of people comes into your neighborhood and breaks a gate, that's one of the things they're claiming, people are going to feel intimidated," said McCain. "I don't agree with how they did it. Like I said, I went into detail about how the irresponsibility of how they were using their weapons. It's a snapshot in what's going on in America. In people like New York City you'll have people like De Blasio saying petty crimes are fine. Some violence is warranted and we have to deal with it. Then you'll go to other parts of the country and they'll say, 'Not here, not now, not my neighborhood.' It's a blueprint of the cultural war going on in the country."

The View Guns Video
Report typos and corrections to: corrections@rawstory.com.