The View's Sunny Hostin isn't having it with Trump's claim he 'didn't hear' the 'white power' chant: 'He traffics in racism' 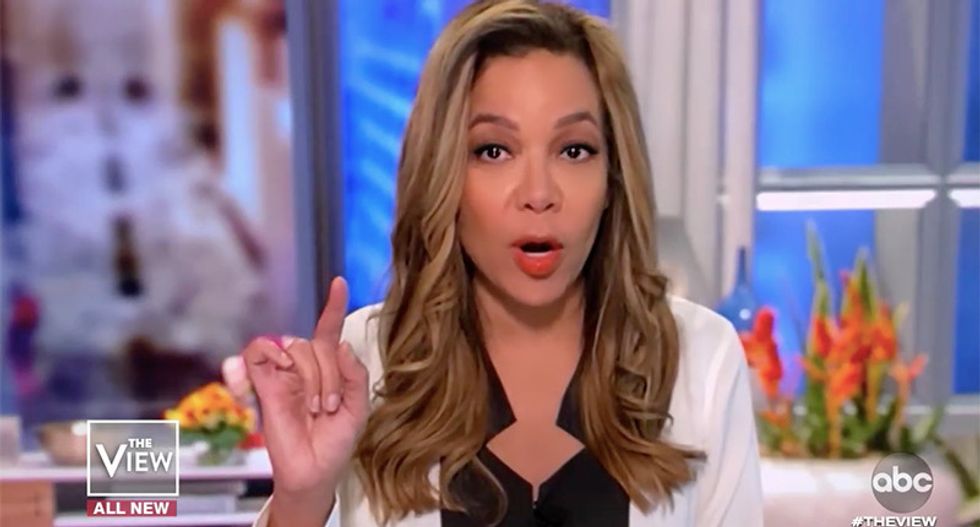 The co-hosts of “The View” came together Monday, with conservative Meghan McCain noticeably absent, to unleash on President Donald Trump for saying he didn't hear the "white power" chant on a video he shared of his supporters on Twitter.

After hours of criticism, someone at the White House finally deleted the video, saying that all Trump saw was enthusiastic supporters.

"I mean this is a president who traffics in racism," said Sunny Hostin. "He started his campaign trafficking in racism, calling Mexicans, you know, rapists and we know that what he called African countries. He traffics in racism regularly. There's, you know, good on both sides, that kind of thing. And the notion that the White House talked about this tweet and didn't condemn what was said on the video is remarkable to me. I think the White House press secretary Kayleigh McEnany said that the president -- she didn't take the opportunity to in any way condemn that phrase, and the White House press secretary Judd Deere said he the president didn't hear the statement made on the video. The statement was made over and over again. I just can't imagine that that's what this country has come to. That we're being led by this kind of man.'

Comedian Jon Stewart came on in the second segment and noted that he thinks "white power" just plays over and over again in Trump's head, so when there are actual chants of it, he just assumes it's his inner monologue.

Instead of appearing on The View, McCain took to Twitter Monday morning to lend her voice to the "hot topic" about the St. Louis couple being deemed "Ken and Karen" with their AR-15 threatening Black Lives Matter protesters.

I have many thoughts on the gun couple - one being that they both desperately need gun safety classes. But I will s… https://t.co/LX3MuAGpgS
— Meghan McCain (@Meghan McCain)1593438845.0

See the video from The View below: