'There is great distrust of the entire system': CNN reporter says protesters want the Hennepin attorney to resign 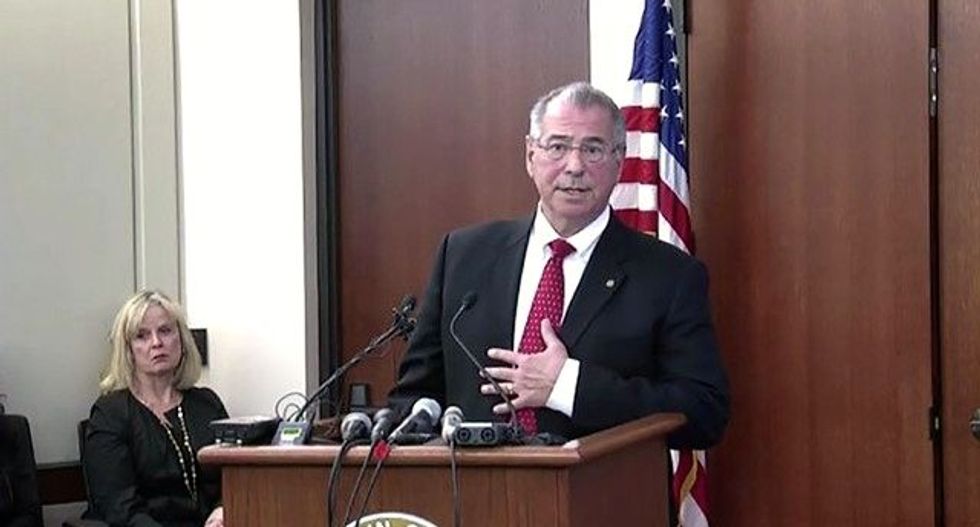 On CNN Wednesday, correspondent Miguel Marquez reported that while Minnesota civil rights activists will approve of the upgraded charges against the police officers involved in the death of George Floyd, they also want accountability for Mike Freeman, the Hennepin County Attorney who initially declined to charge every officer.

"Those protesters will be pleased, absolutely happy to hear these charges have now been brought, but they will want more," said Marquez. "Specifically, they do want the County Attorney, Mike Freeman, the Hennepin County Attorney, who initially had this case and then turned it over to the attorney general, they want him to resign. They're also upset with the governor and his handling of it."

"There is great distrust of the entire system top to bottom," said Marquez. "There is a sense that something is different now, that the story that we did yesterday here at the capital where we saw thousands upon thousands, mostly young people, but old, young, Black, white, Latino, Native American, Asian, coming together in huge numbers, that people in the movement here have never seen before."

At his press conference on Wednesday, Minnesota Attorney General Keith Ellison maintained that he has confidence in Freeman, and that Freeman will continue to serve on the prosecution team against the officers.