'These are Americans!' Don Lemon calls on Trump to back off 'military force' and 'listen to the people' 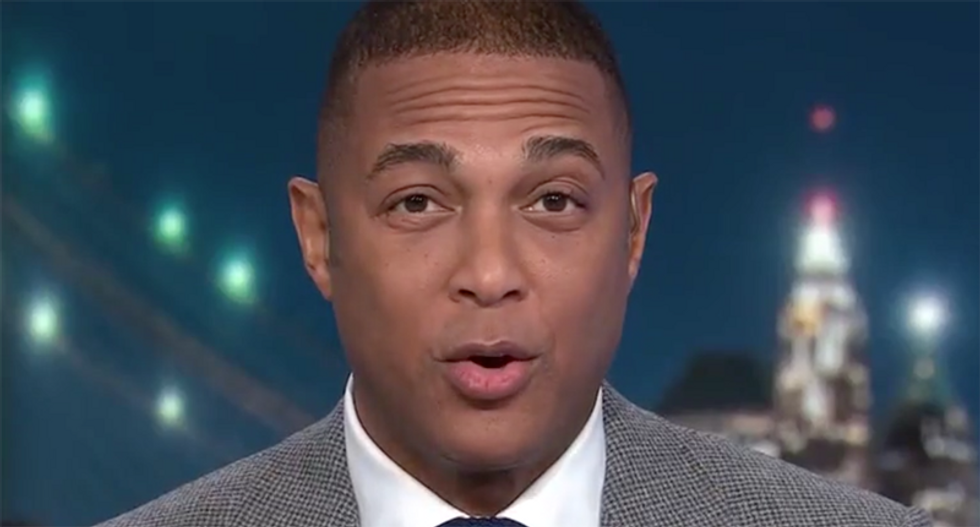 On Monday, CNN anchor Don Lemon urged President Donald Trump to end his threats of violence and military force, and instead listen to the communities crying out for help.

"What I hear in the president's voice — and this is just what I hear — I hear fear," said Lemon. "Any time you are saying, you guys are weak, you need to apply force — what are you going to do, put a fortress around the White House, put a fortress around america and not engage with the people who are telling you, who are outside of your door screaming, hey, we need to be heard?"

"Listen to us, listen to us, we matter. Black lives matter. We matter in America," said Lemon. "You're not listening to us ... the way that you engage with people, the way to stop this, is to engage with the people who are screaming at the top of their lungs for you to pay attention. You represent these people who are outside of your door screaming, desperate to be heard. Engage with them. Listen to them. Meet them at their level. Stop pushing them back. Stop trying to use military force to push them back. What are you going to do, all the might in the world, and use the military to push them back? These are Americans, your constituents. Your fellow Americans."

"I don't understand what the president of the United States is doing by bringing all of this in," said Lemon. "There is a very simple solution to this. Listen to the people. And that could have been solved a long time ago, if you just listen and engage the people who are desperate for you to pay attention to them, to include them."