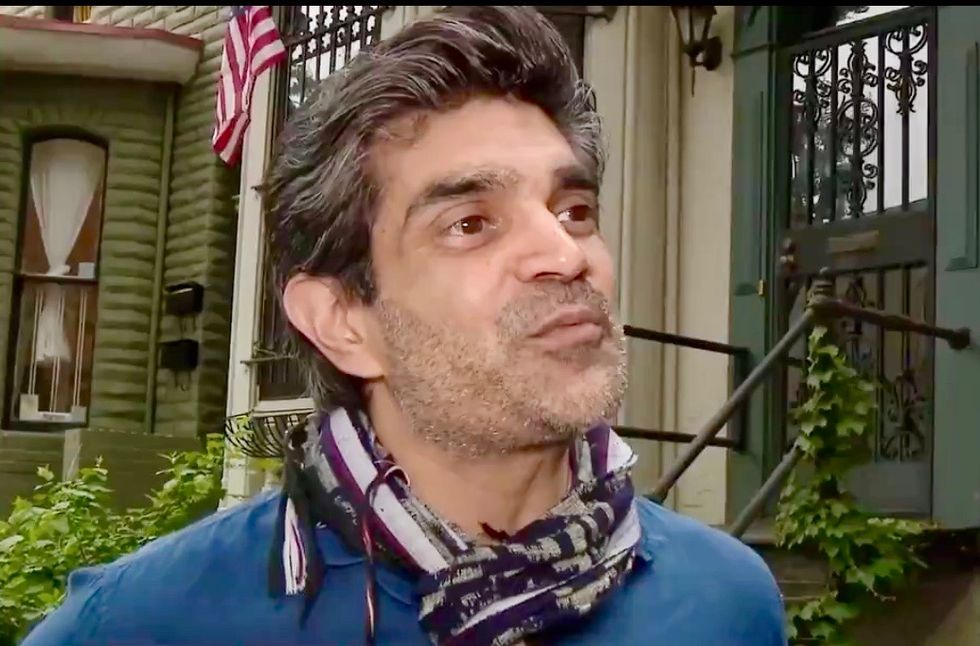 "I hope that they go out there today, peacefully as they did yesterday, and not blink," said Rahul Dubey, who sheltered dozens of people, "because our country needs them."

In a show of solidarity applauded as the kind of empathy and mutual aid needed in the face of brutal police crackdown, city residents in Washington, D.C. on Monday night opened their doors to protesters—mostly teenagers—fleeing police, keeping the demonstrators safe until curfew lifted Tuesday morning despite efforts from law enforcement to make arrests.

"I hope that my 13-year-old son grows up to be just as amazing as they are," Rahul Dubey, who sheltered around 70 demonstrators in his home overnight, told WJLA.

Demonstrations across Washington sparked by the May 25 killing of George Floyd were violently attacked by police around 6:30pm in the city's Lafayette Square in advance of a hastily assembled photo opportunity for President Donald Trump.

Later Monday evening protesters were "kettled," or herded and trapped, into a block of Swann St. in downtown D.C. as heavily armed police forces closed in to make arrests and fired teargas.

Protesters zip tied and waiting to be loaded into police vans to be taken to jail #dcprotest #swannstreet. Police a… https://t.co/BJ4MAOhWaq
— Jay Newton-Small (@Jay Newton-Small)1591069078.0

Dubey and other residents along the residential street threw open their doors and took in some of the demonstrators.

A protester tells me from inside that they took injured protesters into the basement and used milk to wash out peop… https://t.co/lJ9n1hggrm
— Derek Hawkins (@Derek Hawkins)1591067554.0

At one point, Dubey said, police fired tear gas into an open window and later, at least temporarily, blocked pizzas he ordered from being delivered to the house.

This is Rahul. Rahul saved 62 DC protesters who were trapped for hours on his block by police. He allowed them to s… https://t.co/BS2D8rsQ0a
— suckmyunicorn (@suckmyunicorn)1591094233.0

MPD promised that no one would get arrested if they ordered food for the hungry protesters trapped inside but now c… https://t.co/qZHfiDZlux
— Alex Taliadoros (@Alex Taliadoros)1591075722.0

A demonstrator who asked to only be identified by his first name Meka told DCist early Tuesday that it took the crowd in Dubey's home some time to stop coughing from the gas.

"I came out with a friend to support a movement against police brutality and racism in the force," Meka said. "I mean, everyone here is pretty mad because we're trying to demonstrate our rights given to us by the Constitution, and they're taking those away from us."

At 6:00am, as curfew lifted, protesters began leaving the area.

But not before getting fed, as resident Becca Thimmesch noted.

"Lots of community members bringing breakfast," tweeted Thimmesch. "Getting these kids fed and then hopefully out of here safely soon."

"These kids have been through hell tonight and they're still cheering for poptarts," she added.

Rahul saved lives last night. He ended this with an inspirational speech about not giving up and keeping up the pea… https://t.co/sUPyH00fxU
— BLACKLIVESMATTER (@BLACKLIVESMATTER)1591093311.0

For his part, Dubey praised the demonstrators.

"I hope that they continue to fight," said Dubey. "And I hope that they go out there today, peacefully as they did yesterday, and not blink, because our country needs them."