Tom Cotton's 'fascist screed' in the New York Times would 'lead to the killing of Americans' if followed: op-ed 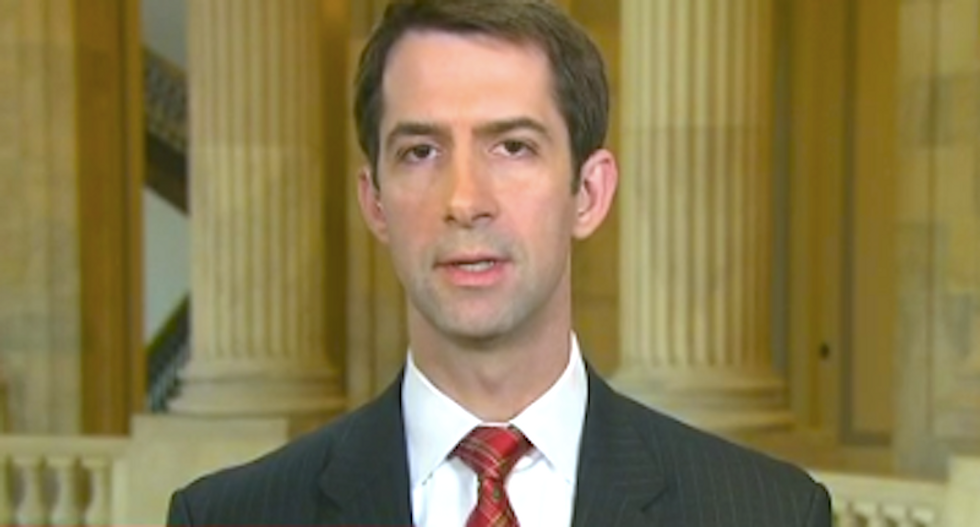 Calling the recent op-ed in the New York Times authored by Sen. Tom Cotton (R-AR) a "fascist screed," columnist Jack Holmes writes that Cotton's call to "send in the troops" to quell unrest resulting from protests against the killing of George Floyd is based on "false premises."

"You have every right to use your speech to advocate for violent government suppression of speech, even on the eve of the 31st anniversary of the Tiananmen Square massacre, but no one is obligated to hand you a megaphone," Holmes writes.

According to Holmes, the Times' decision to publish Cotton's op-ed was a "moral atrocity."

"But there was also another argument in play, and it betrayed an attitude towards the rhetoric of authoritarianism that is dangerously naive," he continues. "It's a variant of the 'sunlight is the best disinfectant' argument, and it holds that fascist rhetoric like this should be widely and loudly trumpeted so that it can be dismantled using Facts and Logic."

Holmes wants his readers to make no mistake: Cotton's ideas would "lead to the killing of American citizens in the streets of their own cities."

Ultimately, the Times' decision to publish the op-ed "represents a comprehensive failure to grapple with the nature of fascism," Holmes writes.

"It continually shape-shifts and changes form, rejecting previous bedrock principles in favor of their opposites whenever it is convenient. It is necessarily absurd, because it is just an elaborate costume for a very simple message: 'Obey, or I will hurt you.'"

Read the full op-ed over at Vanity Fair.