Trump blasts his own military leaders in new interview: ‘I know the regulation even better than they do’ 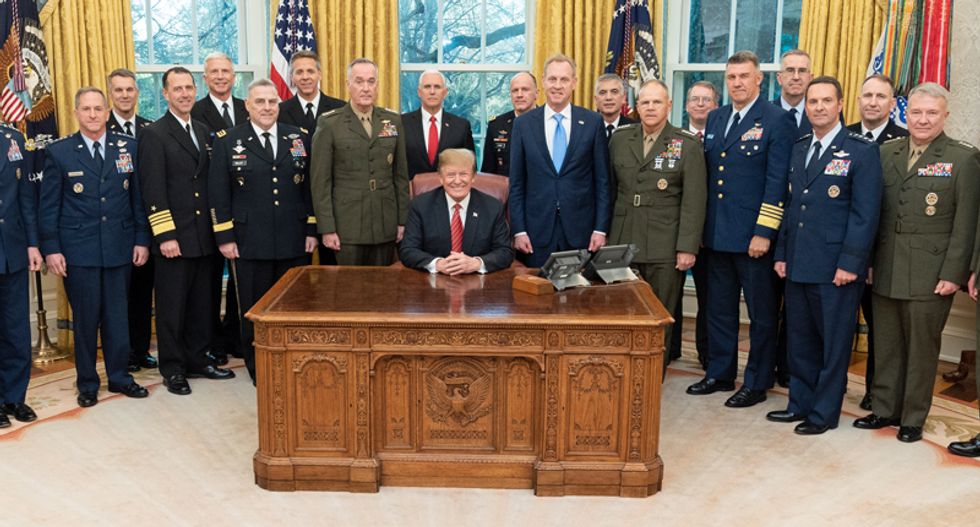 Donald Trump continued to insist that it there was nothing wrong with gassing protesters for the president to pose with a Bible for a photo-op.

"President Trump declined on Friday to say he retains full confidence in Defense Secretary Mark Esper, and said Esper and Joint Chiefs Chairman Mark Milley should have been "proud" to join him on the now-infamous walk across Lafayette Square," Axios reported Friday evening.

Trump was responding to widespread criticism of the military taking part in his political posturing.

Trump at first denied that Esper and Milley had different views.

"I don't think they broke with me," he said. "I think they should do what they want to do."

However, his tone soon changed.

"I would have handled it differently," Trump said. "Under regulation, perhaps they're right."

"I know the regulation even better than they do," he claimed.

Trump hesitated when asked if he would consider replacing Esper.

"I really wasn't focused on it, "because I have many things that I do focus on very much," Trump claimed.