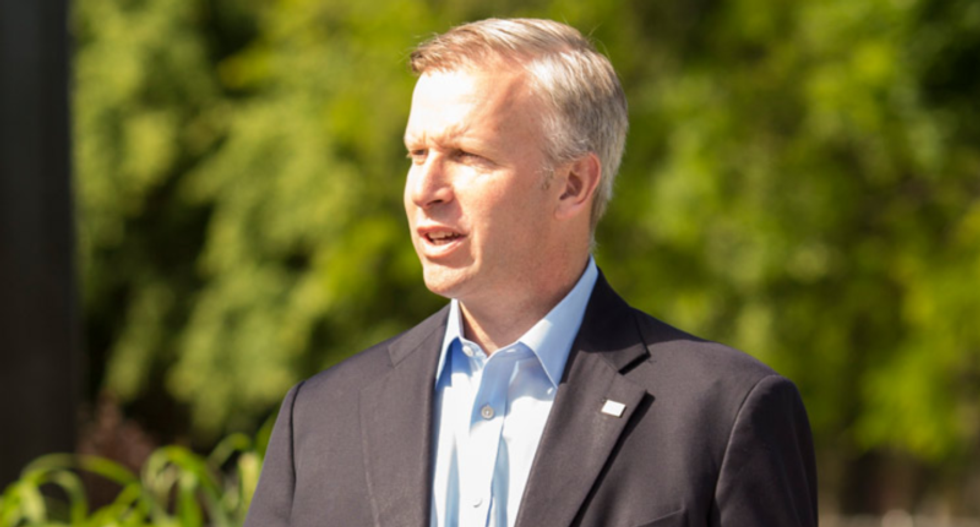 Image via Jacobs for Congress.

On Thursday, WIVB News 4 Buffalo reported that Chris Jacobs, a real estate businessman and state senator running for the Republican nomination for New York's 27th Congressional District, is the subject of a complaint to the Erie County District Attorney alleging voter fraud and election fraud.

According to the allegations, Jacobs registered to vote and cast a ballot in Orchard Park before actually closing on his house there, and that he listed the house in federal elections paperwork as his primary residence even though it was not. According to WIVB anchor Dave Greber, affidavits of private investigators and Jacobs' neighbors state that Jacobs' real primary residence is in the Albright neighborhood of Buffalo, which is in the 26th District, not the 27th.

Jacobs has denied the allegations and calls the complaint, “nothing more than a desperate political stunt made by someone who is about to lose an election.”

President Donald Trump endorsed Jacobs for the nomination last week, calling him a "Great Winner and Fighter for New York" who "will never let you down!"

New York's 27th District, which encompasses most of the towns and rural areas between Buffalo and Rochester, is currently vacant. It used to be held by Rep. Chris Collins, the first sitting congressman to endorse Trump's 2016 presidential campaign. Collins resigned last year before pleading guilty to insider trading.