Trump has made nearly $1 million from the government -- and counting 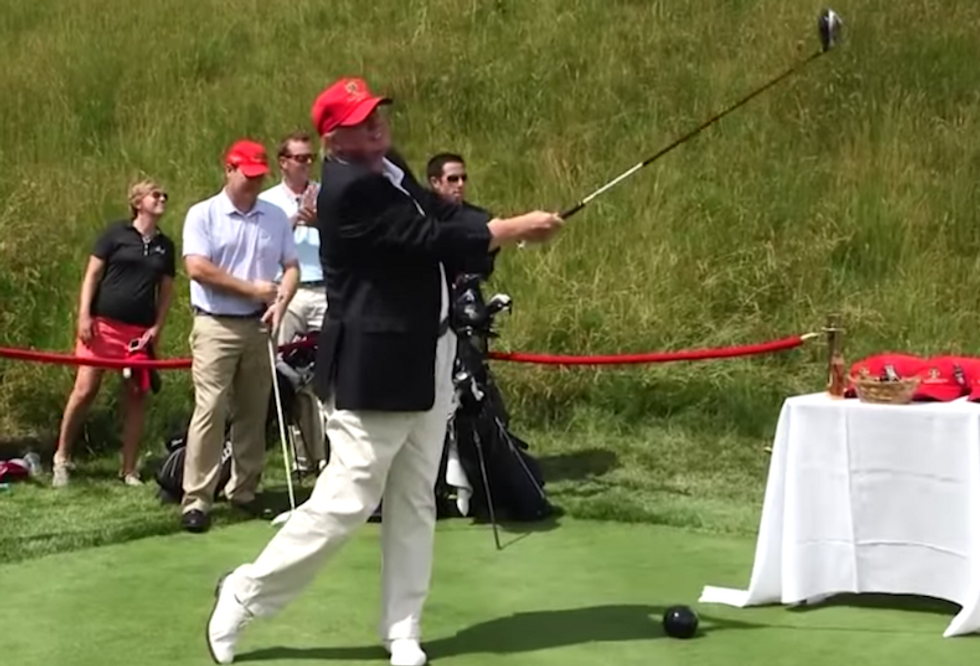 Washington Post investigative reporter David Fahrenthold has been slowly working his way through reports of just how much President Donald Trump's companies are making off of the U.S. government. Thus far, he's been able to confirm at least $970,000, but those estimations don't include many funds that have gone unreported by the U.S. Secret Service.

He just submitted two new Freedom of Information Act requests to see how much came out of May and June of this month.

In a February report, Fahrenthold exposed the U.S. Secret Service billing taxpayers at rates as high as $650 each night at Trump properties.

One of the biggest problems in calculating the funds spent by the Secret Service, in particular, is that they rarely filed their biannual spending reports since 2016. Only two reports have been filed out of the six reports required by Congress.