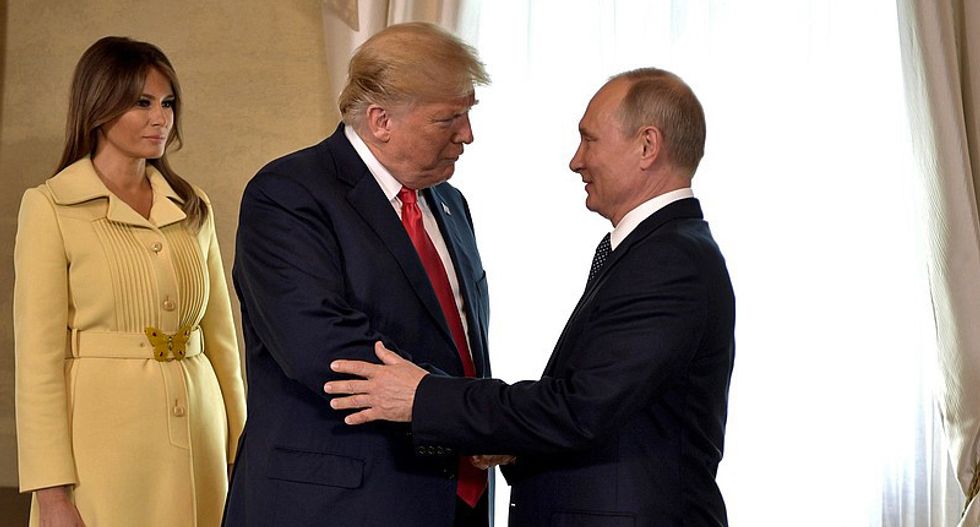 President Donald Trump was harshly criticized on Friday after a bombshell New York Times report on Russia offering bounties for the killing of U.S. troops in Afghanistan.

"The intelligence finding was briefed to President Trump, and the White House’s National Security Council discussed the problem at an interagency meeting in late March, the officials said. Officials developed a menu of potential options — starting with making a diplomatic complaint to Moscow and a demand that it stop, along with an escalating series of sanctions and other possible responses, but the White House has yet to authorize any step, the officials said," the newspaper explained. "Any involvement with the Taliban that resulted in the deaths of American troops would also be a huge escalation of Russia’s so-called hybrid war against the United States, a strategy of destabilizing adversaries through a combination of such tactics as cyberattacks, the spread of fake news and covert and deniable military operations."

Here's some of what people were saying about the scandal:

Shocking. And Trump continues to call Putin his friend -- his one consistent foreign policy position over the last… https://t.co/U9uj8c253y
— Michael McFaul (@Michael McFaul) 1593209008.0

In other words, Russia declared war on the United States and NATO. Or maybe was never at peace at any time in the… https://t.co/WIaUQYej7X
— Eric Garland (@Eric Garland) 1593202025.0

While Trump was cozying up to Putin, Russia was paying the Taliban to kill American troops in Afghanistan https://t.co/dbKjPHLpgh
— Laura Bassett (@Laura Bassett) 1593201651.0