Trump protester taken for mental health evaluation ‘to keep her from talking to the press’: Tulsa lawmaker 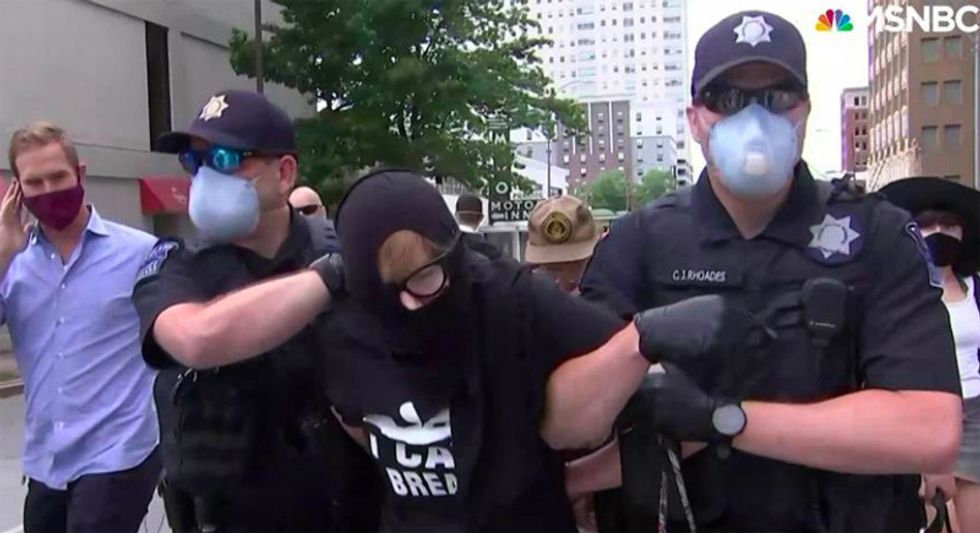 Police in Tulsa, Oklahoma arrested a woman with a ticket to President Donald Trump's rally for trespassing because she was wearing an "I Can't Breathe" T-shirt.

The arrest of Sheila Buck was broadcast live on MSNBC on Saturday.

"Somebody has to do this." A peaceful protester is arrested outside the location President Trump's rally will be h… https://t.co/bboDwbEMW8
— MSNBC (@MSNBC) 1592670836.0

Following her arrest for obstruction of police, Buck was reportedly taken for a mental health evaluation.

"I haven't talked to Sheila yet, but as I understand it, they took her for a mental health evaluation -- which I really believe was to keep her from talking to the press," Nichols said.

"She was sitting quietly doing nothing, there was nothing about her demeanor that needed any kind of mental health evaluation," he explained. "That's when you know you screwed up and are trying to cover your tracks by not allowing her to talk to folks -- at least that's my opinion, that's not an official statement from the police department or anything like that, but that's my opinion."

MORE: Upon being told she would not be allowed inside due to her #ICantBreathe shirt Buck sat down as others filed… https://t.co/AfTSgiakM7
— Morgan Chesky (@Morgan Chesky) 1592672301.0

Sheila Buck is well-known and well-respected in Tulsa and Oklahoma in general. The Trump campaign, Tulsa Police, a… https://t.co/LIh2TxbGzv
— Kendall Brown (@Kendall Brown) 1592674602.0