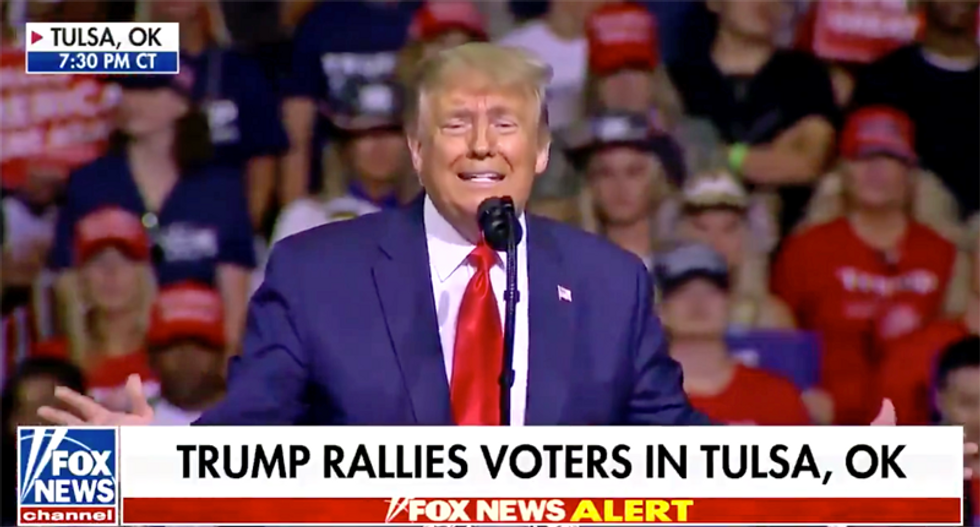 President Donald Trump told a smaller-than-expected crowd in Tulsa that he ordered his administration to conduct fewer tests for COVID-19 to keep America's official numbers lower.

"So I said to my people, 'slow the testing down,'" he continued.

"They test and they test -- we got tests of people who don't know what's going on," Trump argued.