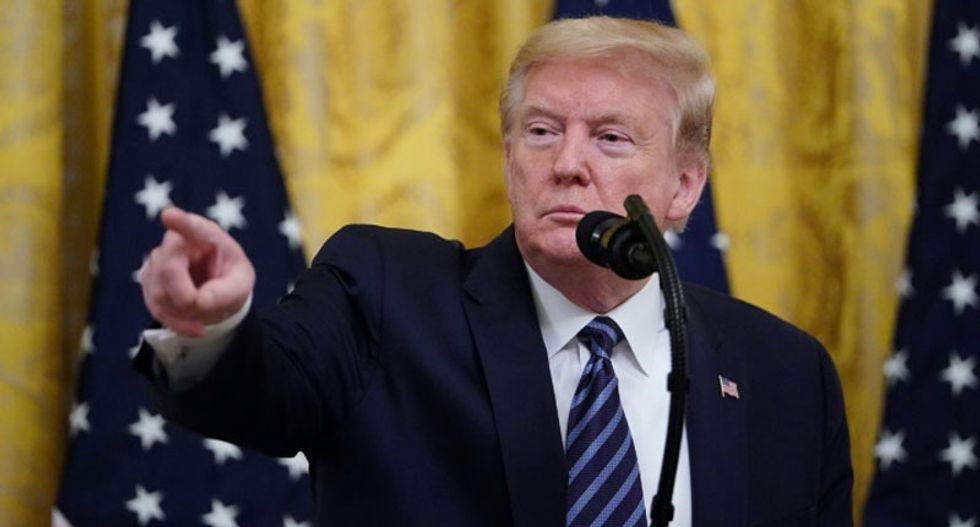 On June 22, U.S. President Donald Trump ordered the temporary suspension of new work visas for temporary workers, including highly skilled workers (H-1B visa). Trump’s decision may appear to be based on his claim to protect American jobs, but the realities are more disturbing.

Trump’s actions are in line with his racist, anti-immigrant, white nationalist agenda. While this move will surely solidify Trump’s support among his voting base, it will likely come at the expense of the U.S. economy and STEM research.

Most governments announced that their border crossings would only be allowed for citizens and permanents residents soon after the World Health Organization declared COVID-19 a global pandemic. But the U.S. has a long history of using global crises to implement racist immigration policy.

The current decision invokes that history as it disproportionately denies entries to migrants of colour.

More than 75 per cent of temporary workers come to the U.S. from countries of the Global South. The U.S. grants more than half of all H-1B visas to workers from India, followed by eight other Asian countries.

At the same time, however, he has sporadically threatened to rescind the Obama-era ruling that allows work permits for spouses of H-1B workers. He has also signed executive orders like “Buy American, Hire American” designed to shrink H-1B and other temporary worker programs.

Trump's war against immigrant workers and their spouses

This inconsistent signalling to the H-1B visa holders serves a dual purpose. Firstly, it keeps Trump’s nationalist, predominantly white voter base satisfied. Secondly, it keeps temporary workers in a limbo state between panic and hope, unsure of their footing and constantly anxious about their status.

The politics here leverages a particular element of human rationality that sociologist Eduardo Bonilla Silva calls racialized emotions. These are feelings and emotions that help perpetuate racist sentiments and racial segregation. These are emotions President Trump has used effectively since the early days of his campaign.

Trump’s political calculus becomes evident in these decisions. Despite the concerns expressed by major tech CEOs, Trump is willing to undermine the national economy to satisfy his nationalist base. For Trump, the marginal value of suspending work visas lies in its ideological alignment with the white nationalist rhetoric he regularly espouses. This decision seemingly seeks to tap into the same racist furor mobilized against Latinx and Muslim immigrants that was instrumental in getting him elected in 2016.

Since the inception of the H-1B program in 1998, the U.S. government has taken in over US$5 billion in mandatory payments from employers. These funds contribute toward supporting STEM research and workforce preparedness programs. By suspending the H-1B visa program, Trump has also effectively suspended this revenue stream. This is particularly striking at a time when scientific research is critical for fighting the pandemic.We also see the timing of this latest curb on visas as an attempt by the president to shift media attention away from a sinking economy, Black Lives Matter protests and his struggling reelection campaign.

The suspension of work visas will also result in the loss of human capital, as some international students studying in the U.S. may be forced to return to their home countries. U.S. companies, despite having vacancies, have already become wary of hiring qualified international students who seek to remain in the country after they graduate.

It will not be a surprise if Trump now decides to follow through with his threat and stop work permits being issued to spouses of existing H-1B visa holders. As research shows, this will have drastic repercussions for both the families of temporary workers and the recovering economy.

Research shows that the U.S. tech industry relies on the exploited labour of those with H-1B visas. For example, 60 per cent of H-1B positions certified by the U.S. Department of Labor are assigned wage levels well below the local median wage, and major U.S. firms including Amazon, Microsoft, Facebook, Apple and Google take advantage of this system. H-1B workers have also reported that they work longer hours than their American counterparts.

Trump’s actions further reveal their vulnerability. Their legal status can be revoked by the stroke of a pen without any concern for their livelihoods and families, under the guise of a pandemic.

Trump’s actions reveal that despite their contributions to the economy, skilled workers and international students are mere pawns in his white nationalist political circus.