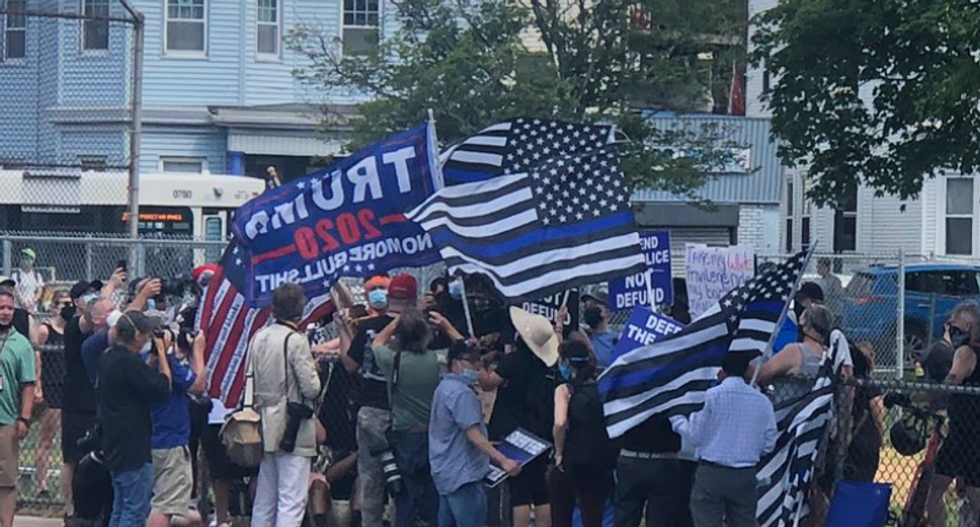 On Friday, people gathered in the Dorchester neighborhood of Boston to mark Juneteenth with calls for racial equality and justice.

According to multiple local news reporters, a small group of counterprotesters, waving "Thin Blue Line" and Trump flags, gathered in response, leading to arguments between the two.

As the counterprotesters demonstrated, the Juneteenth supporters reportedly chanted "Black Lives Matter!" to drown them out.

Several counter protestors now here at a Juneteenth celebration in Dorchester. Some with Trump flags and signs that… https://t.co/XRPdD2rTO8
— Kirsten Glavin (@Kirsten Glavin)1592595042.0