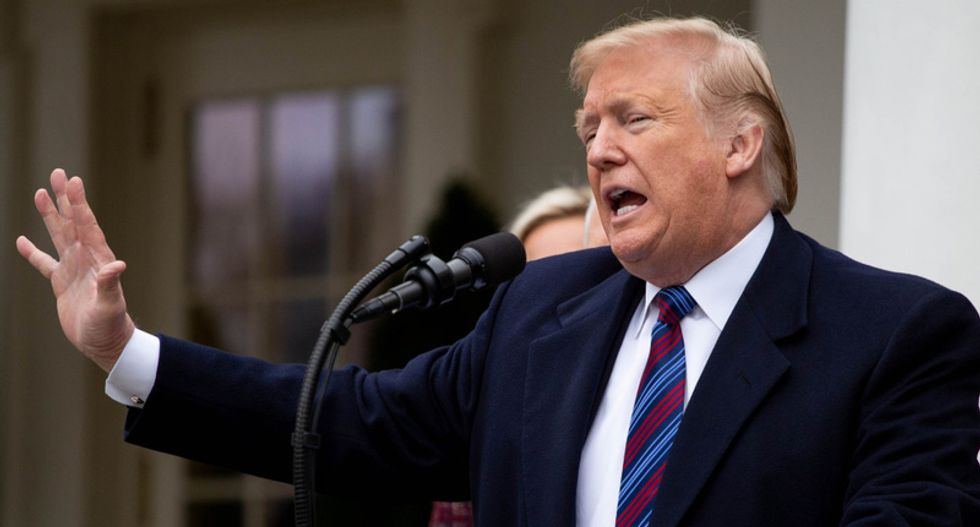 President Donald Trump often bragged about having created the greatest economy ever before it got brought down by the novel coronavirus pandemic -- but was it ever really all that great?

Thomas A. Firey, a senior fellow at libertarian Cato Institute think tank, argues in The Bulwark that the pre-COVID-19 economy wasn't all that much different from the economy under former President Barack Obama.

First, Firey looks at the unemployment rate, which he notes "continued [the decline] under Trump, but did not accelerate after Trump became president in January 2017."

Firey then said that Trump's beloved stock market didn't perform all that much better under his watch compared with how it performed under Obama.

"Those highs came after a decade of fairly steady growth under both Trump and Obama," he writes. "But notice, again: There’s no obvious change in the trend following Trump’s 2017 inauguration. The average daily increase in the index was 0.0500 percent under Obama and 0.0502 percent under Trump (until 2020). Once more, the economy seemed to be doing the same under Trump as it did under his predecessor."

And while GDP growth did accelerate under Trump, writes Firey, it was still largely stuck in the two percent range, which is nothing to write home about.