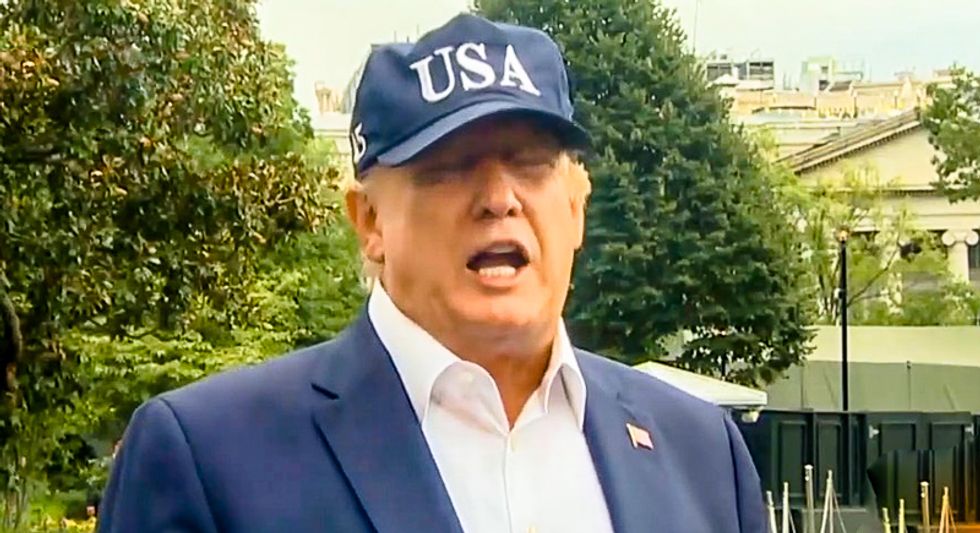 President Donald Trump's attacks on mail-in voting may be having an unintended side effect of making his own voters less likely to use it than they have in the past.

Politico reports that Democrats in Florida have opened a massive 302,000-voter advantage over the GOP in vote-by-mail enrollment in the Sunshine State, a crucial battleground that Trump needs to win in order to have a realistic shot at retaining the presidency.

"Five months before Election Day, more than 1.46 million Democrats have signed up to vote by mail compared to 1.16 million Republicans, according to an analysis of state Division of Election data released Friday," the publication writes. "By comparison, in 2016, Democrats held an advantage of about 8,800 in vote-by-mail enrollment."

One reason for this widening gap comes down to Democrats' success in getting their voters to enroll for mail-in voting amid the COVID-19 pandemic, but Politico says that Trump has had a role to play as well.

"Trump has demonized this type of voting so much that Republicans, who once dominated mail-in ballots, are souring on it," Politico writes.

Juan Peñalosa, executive director for the Florida Democratic Party, wrote in a recent memo that Trump's attacks on mail-in voting are "insane" given how successful the Florida GOP has been in using it to secure votes from older voters.

"They’re going to have to turn out more people -- maybe 300,000 more voters -- on Election Day," Peñalosa tells Politico. "They haven’t had to turn out that many more voters in one day in more than a decade that I’ve been in Florida."