Tulsa rally showed Trump is a ‘political fat Elvis’ who is too ‘lazy’ to change his schtick: MSNBC anchor 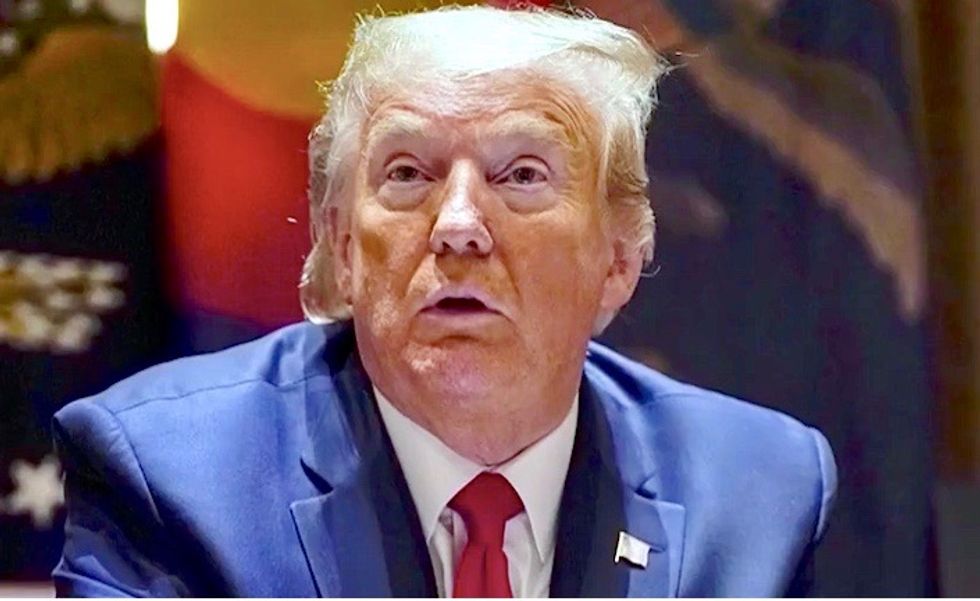 MSNBC host John Heilemann filled in for Nicolle Wallace on Monday and had some brutal criticisms of the president's weekend rally.

"When I watched this event on Saturday night, I had been thinking a lot about -- let's put this up. There was this New York Times story last week that raised the question of whether Trump really wants a second term or not," said Heilemann. "This one here, does Trump want to fight for a second term. His self-sabotage worries aides. The headline -- I had read that story and struck by it because there's a lot of people around Trump that look at his self-sabotage and his self-pity."

Heilemann explained that Trump's allies think that the president is a "better political athlete" than former Vice President Joe Biden is, and that's how he'll win.

"No matter what happens to the economy, race relations, anything else in America, the coronavirus, Trump is a better political athlete," said Heilemann. "And what I saw on stage Saturday night was not a political athlete at all. I saw Donald Trump as like a political fat Elvis, who was doing his lazy, unfocused, up disciplined, a lot of schtick. Is this a candidate who strikes fear in your heart, given the kind of incredibly flaccid performance that he gave in Tulsa?"

Voto Latino founder Maria Teresa Kumar said that everyone is blaming campaign manager Brad Parscale, but all he can do is work with what he's got.

"The candidate himself did not do his job," said Kumar. "He basically brought out -- he dusted off 2016 make America great 2.0 again. But it was the same thing. It was anti-immigrant. It was law and order, and it was trade. It was so 2016. Most presidential candidates, incumbents say, 'You know what, this is an opportunity for me to tell you what I want to give you in the future.' Given that we are in a perfect storm of race relations, we're teetering on an economic recession because of his incompetency in malpractice in handling COVID; he has an opportunity to say, 'This is how we're going to get out of the debacle that we're in.' He did none of that."

Former Republican Steve Schmidt said that the truth was painted all over Trump's face upon returning to the White House after the failed rally. Trump appeared with his tie flapping in the breeze, literally hat-in-hand.

"Donald Trump is, in essence, a junkie. He needs the acclaim and the exultation," said Schmidt. "He hadn't had a rally in months. We've seen the most incompetent and inept performance in a crisis by an American leader in the history of the country. The economy is shattered—forty million people out of work and 120,000 dead Americans. So, Donald Trump was there. He was going to light the fuse. He was going to kick start the campaign, and it was a debacle for the ages."

Schmidt described Trump spending 15 minutes on his shuffle down the West Point ramp and his complications drinking water.

"The people who were there risking their lives cheered for it. I'm not sure why," he pondered. "But incredibly, he finally told the truth about something in the middle of the speech when he confessed to slowing down testing for coronavirus. And the reason the United States is the epicenter of coronavirus death and suffering and our economy is the worst because of it, and the United States is the worst-managed country with regard to dealing with it, is because we don't have enough testing. It was a remarkable admission."

He closed by saying that after four years, Americans are repudiating him and rejecting his politics and leadership.