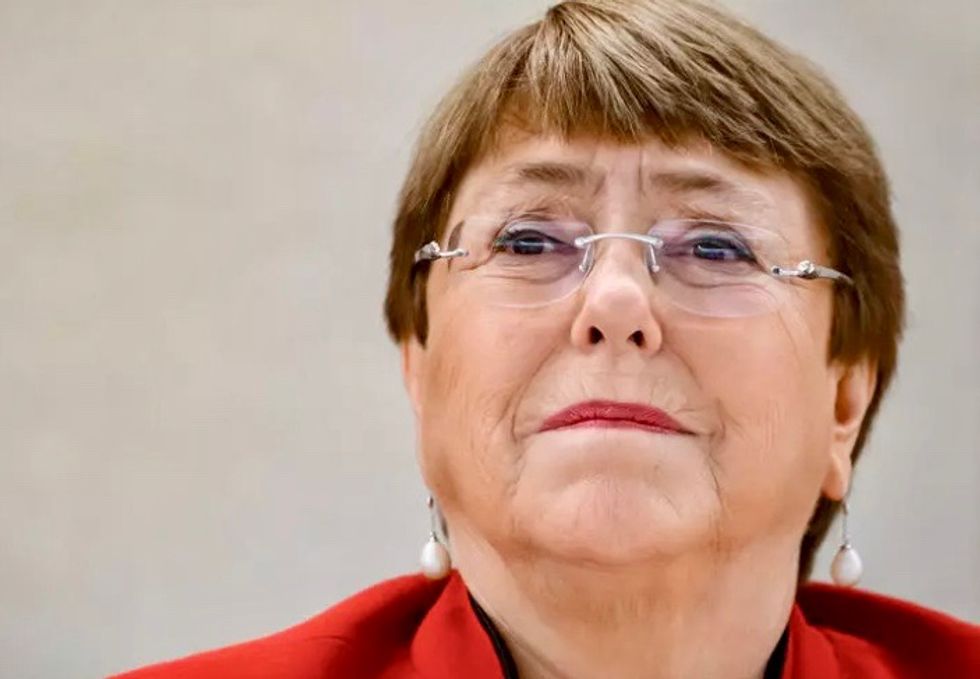 The UN's human rights chief urged countries Wednesday to confront the legacy of slavery and colonialism and to make amends for "centuries of violence and discrimination" through reparations.

Addressing an urgent debate on racism and police brutality at the UN Human Rights Council in Geneva, Michelle Bachelet called on countries to examine their pasts and to strive to better understand the scope of continuing "systemic discrimination".

She pointed to the "gratuitous brutality" on display in the killing of George Floyd, a 46-year-old black man who died in Minneapolis in the US on May 25 after a white police officer -- since charged with murder -- kneeled on his neck for nearly nine minutes.

This symbol of "systemic racism... has become emblematic of the excessive use of disproportionate force by law enforcement, against people of African descent, against people of color, and against indigenous peoples and racial and ethnic minorities in many countries across the globe," she said.

"Behind today's racial violence, systemic racism and discriminatory policing lies the failure to acknowledge and confront the legacy of the slave trade and colonialism," she said.

She stressed the need to "make amends for centuries of violence and discrimination, including through formal apologies, truth-telling processes, and reparations in various forms."

Wednesday's urgent council debate was called in response to Floyd's killing, which was caught on amateur video, sparking worldwide demands to address systemic racism in the United States and around the world.

African countries are calling for the council to ask Bachelet and other UN rights experts to investigate racism and policy brutality in the US, but potential support for their draft resolution is unclear.

The US itself withdrew from the council two years ago, but a number of its allies are uncomfortable with the country being singled out in the text, according to observers of the process.

Bachelet herself did not speak out specifically in favor of the draft resolution, but she did stress the need for "decisive reforms".

She insisted on the importance of making clear that "black lives matter. Indigenous lives matter. The lives of people of color matter."

"All human beings are born equal in dignity and rights: that is what this Council, like my office, stands for."

Pa. school district fires teacher who put tape reading ‘I have nothing nice to say’ on a student’s face

PHILADELPHIA — The Coatesville Area School District has fired a middle school teacher who put a piece of tape reading “I have nothing nice to say” on a student’s face last month — an action the district described as humiliating to the child, but that the teacher defended as an ill-conceived joke. At a meeting Tuesday night, the district’s school board voted 7-1 to dismiss Audra Ritter, a special education and English language arts teacher at North Brandywine Middle School. Board members did not discuss the dismissal. According to the district, Ritter — who is also president of the district’s t...