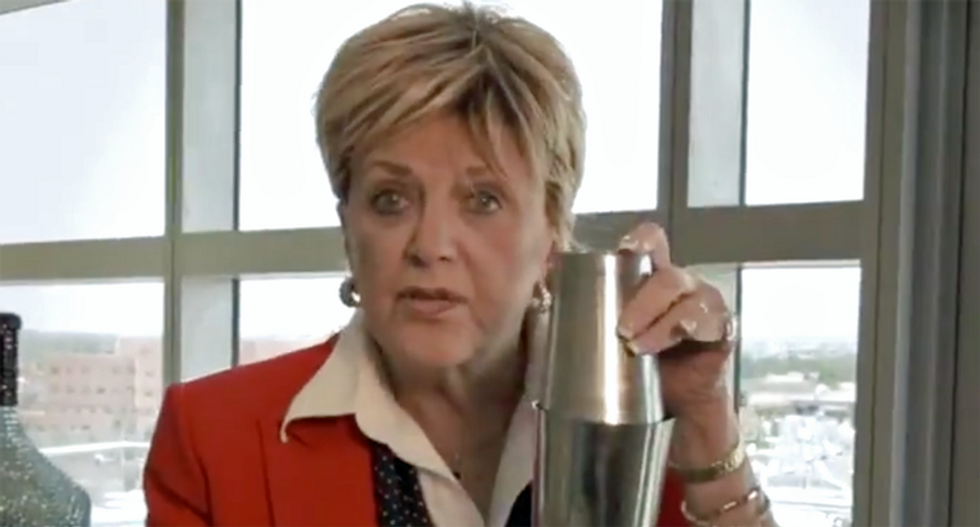 The City of Las Vegas on Friday deleted a "National Martini Day" message sent from the mayor on Juneteenth.

Longtime Nevada political reporter Jon Ralson, the editor of The Nevada Independent, noted the tweet had been deleted.

The city of Las Vegas just deleted the tweet it put out for the Mayors Goodman on Juneteenth celebrating National M… https://t.co/CCTlonhNr9
— Jon Ralston (@Jon Ralston) 1592596702.0

The past two days we have seen the city of Las Vegas use taxpayer-funded resources for a councilwoman to baselessly… https://t.co/bJGvUkIkvh
— Jon Ralston (@Jon Ralston) 1592594368.0

However, it appears the tweet may have just been a reposting of video from last Juneteenth.

She declared the day "Oscar Goodman Martini Day in the city of Las Vegas and ask all residents to join me in recognizing Oscar and this festive occasion."

In the video, the "martini" recipe was just gin shaken with ice with a jalapeño added.

Ending #NationalMartiniDay with a 🍸? You can bet @OscarBGoodmanLV is! @mayoroflasvegas shares the Goodman Martini r… https://t.co/OhQQ2g0DbN
— City of Las Vegas (@City of Las Vegas) 1560990600.0