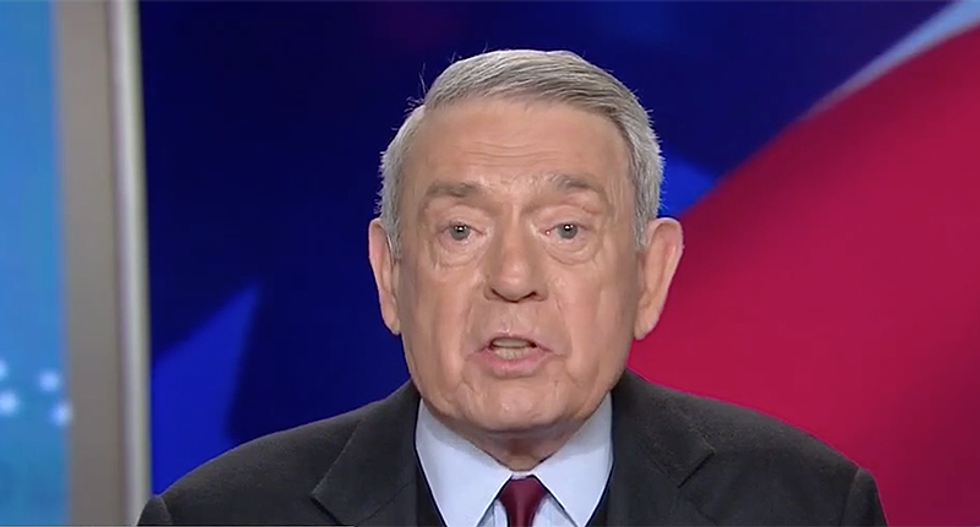 Veteran newsman Dan Rather penned one of his epic Facebook posts trying to reassure Americans that after his years of reporting, he has ultimately seen progress when activists demand justice.

He wrote he has see the country "bend," a reference to Dr. Martin Luther King Jr.'s famous promise that "the arc of the moral universe is long, but it bends toward justice."

It's the "best spirit" of the American people that he says will help the country to bend without breaking.

"Is it bad now? Yes. We’re in trouble: a deadly pandemic combined with the worst economic situation since the Great Depression, mixed with a political crisis that has as part of its core a chaotic, dysfunctional, mean-spirited and divisive Presidency," wrote Rather. "Our free press, the bulwark of our constitutional freedoms, is under great strain from partisan attacks and a crumbling business model. We see our ideals forsaken on issues from immigration to the climate crisis. We see science denied, and expertise in general accosted."

But in Russia and China, Rather said, they're using psychological war to attack the diversity of America. It was a reference to the reports of efforts by Russia to create divisions in the United States between people of color and whites.

"But what we are also seeing is what many already knew, especially people of color and other marginalized groups," Rather continued. "America was in need of fixing. It is always in need of fixing. That is both the perils of promise of its journey towards what we hope will be a destiny of a "more perfect union." Hope, of course, is important but far from sufficient. We also need the energy and ingenuity for action."

While things seem bad now, Rather promised it would get better and he sees hope in those working for change.

"I see it in the faces of the peaceful protesters and the fearless reporters telling the story," he closed. "I see a nation that I know, multi-ethnic and multi-racial. I see mobilization and energy. I see an outpouring of love and support for our fellow citizens. I see many with power and privilege in this country refusing to sit on the sidelines. I see that we are celebrating Pride Month in June, and never would have felt that would have been possible. I see that this nation is being convulsed by structural, systemic, legal, and cultural problems that have long been in need of our collective attention. And I see millions of my fellow Americans saying give me a hammer, give me a handage, give me a ballot, let's go out there and get to work."