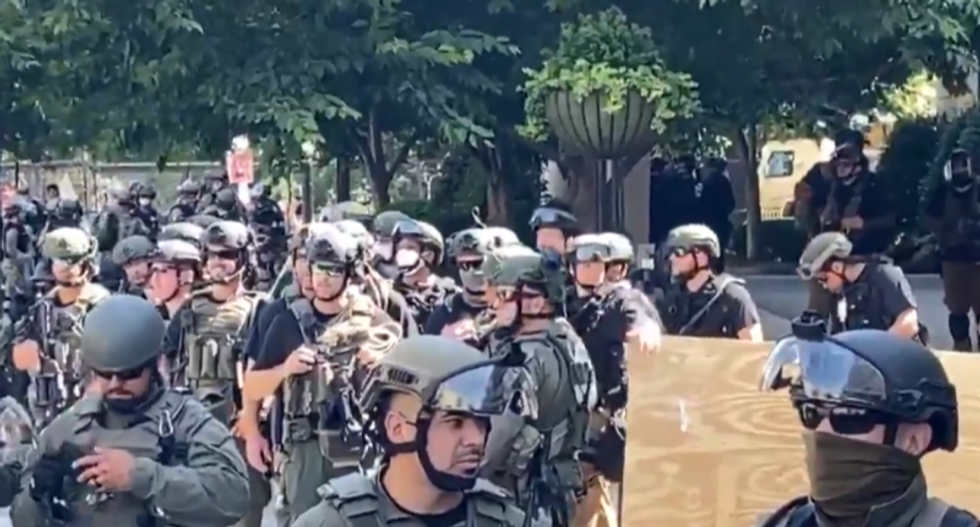 On Wednesday, clergy with the Episcopal Diocese of Washington held a vigil for George Floyd — only to be surrounded by armed federal officers from a number of different agencies.

Images and video were captured by WTOP's Alejandro Alvarez.

You can’t get anywhere near Lafayette Park today since police expanded their perimeter. There are national guard an… https://t.co/gAjIBpCyDV
— Alejandro Alvarez (@Alejandro Alvarez) 1591213223.0

They keep boosting their numbers. The episcopal diocese of Washington is holding a vigil here at 16th and I with ar… https://t.co/6o2tdCUgEp
— Alejandro Alvarez (@Alejandro Alvarez) 1591214945.0