WATCH: Fight breaks out after restaurant manager calls woman the N-word to her face 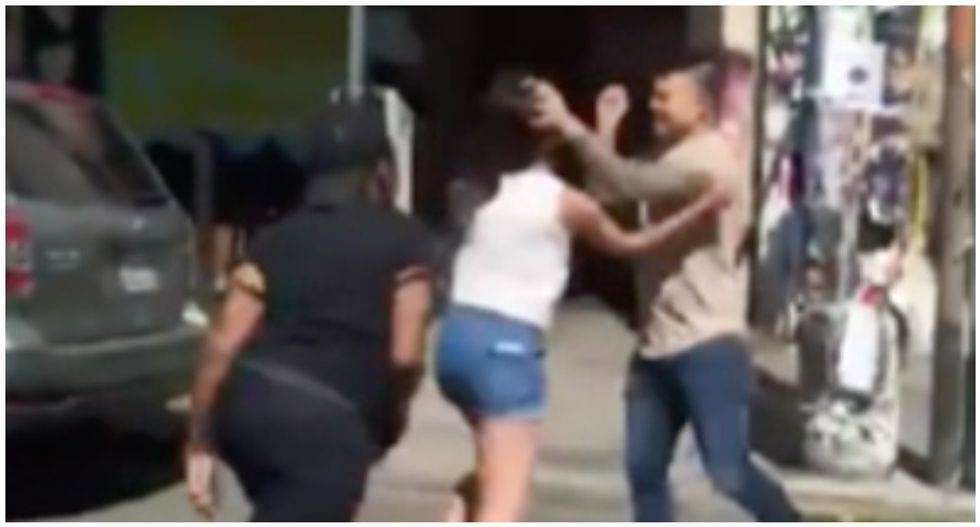 This Monday, Twitter and Reddit users shared a video showing a violent, racist incident outside a sushi restaurant in Seattle.

In the video, a person later identified as a general manager at Momiji calls a black woman the N-word, then gets into a physical fight with her and group of people before bystanders intervene. According to Eater Seattle, the incident took place in the area now known at the Capitol Hill Organized Protest (CHOP), "a community that formed during Seattle’s protests against police brutality and racial injustices."

In a statement posted to Instagram, Momiji's owners apologized for the incident.

"Momiji will not tolerate this type of racist malicious behavior towards any member of our community. The manager in question was terminated immediately. His partnership is no longer valid."

The restaurant's owners promised to enact racial bias training for their staff, feed free meals to CHOP residents, and donate thousands of dollars to causes devoted to helping the black community, such as WA-BLOC and Creative Justice.

But as Eater Seattle points out, the organizations have refused the Momiji donations.

“This reactionary donation undermines the integrity and intentionality of our organization. As a result, we at WA-BLOC and Creative Justice have refunded the donation. Accepting a lump sum of funding does nothing to hold donors and businesses like this accountable.” a statement from WA-BLOC read. “We are calling on Momiji to use the $10,000 that was originally donated to WA-BLOC and Creative Justice to pay reparations to the Black womxn who was subjected to hate and abuse by Momiji’s former general manager. Restitution is owed to the person who was directly harmed.”

Watch an archived version of the incident below: