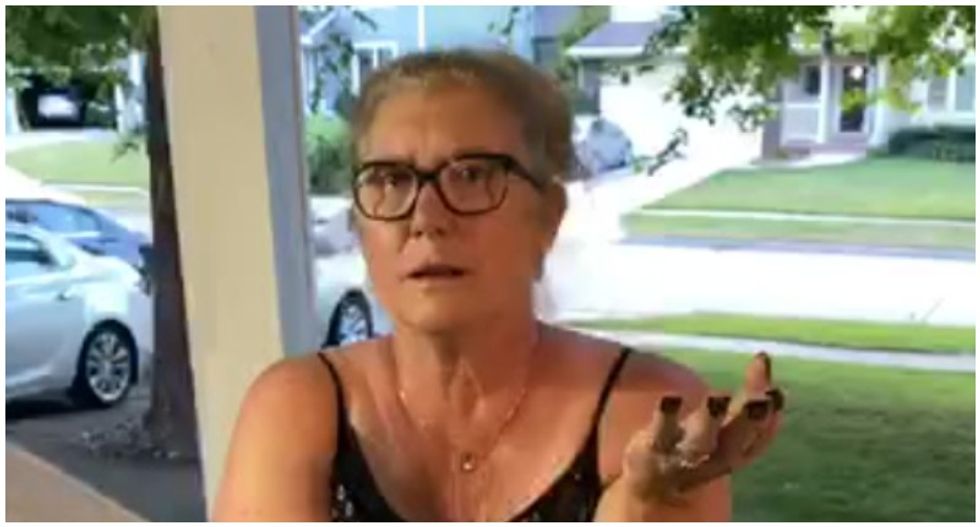 An argument over Black Lives Matter signs in an Iowa family's yard led to a woman's arrest this Sunday.

KCCI reports that Renee Corell-Newman was charged by Clive Police with public intoxication and criminal trespass after she refused to leave the home of Shawnice and Michael Cameron after complaining about their signs.

"She was just so upset, and we really went … we tried to educate her,” Shawnice Cameron said.

Cameron's daughter captured a portion of the confrontation on video.

"I apologize you're offended, but those signs are going to stay there, okay?" Shawnice Cameron tells the woman, who then fires back that the signs also offended her husband.

“Right now, when you see people getting murdered for jogging, for sleeping, for doing something that could have been a citation and they died -- that is inconceivable in 2020,” she added.