WATCH: GOP lawmaker throws a tantrum and tries to drown out witness testimony by banging his desk 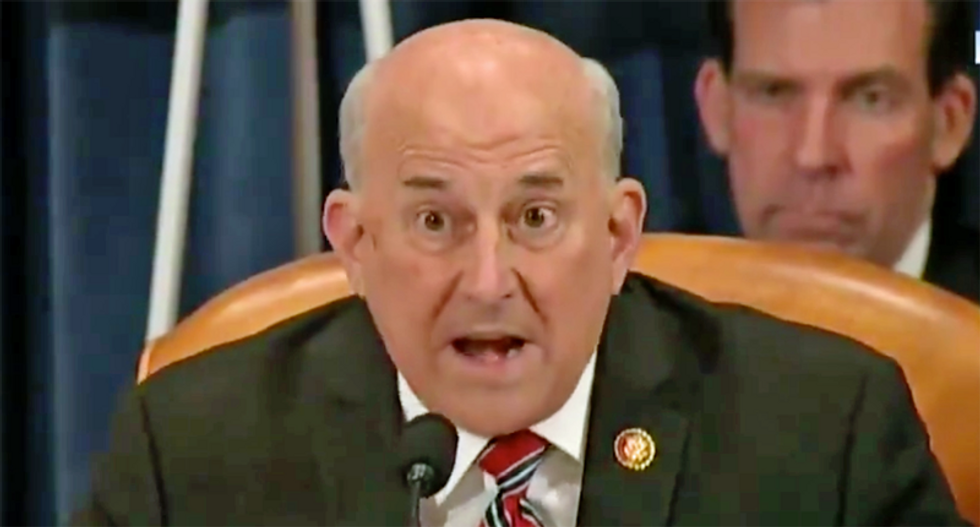 Rep. Louie Gohmert (R-TX) on Wednesday tried in vain to drown out a witness testifying before the House Judiciary Committee by repeatedly banging on his desk.

Don Ayer, who served as deputy attorney general under President George H.W. Bush, delivered a scathing opening statement during a House Judiciary session in which he excoriated Attorney General Bill Barr for undermining the rule of law and for acting as President Donald Trump's personal attorney more than as the nation's top law enforcement official.

Toward the end of his statement, however, Gohmert began repeatedly banging on his desk, which forced Ayer to stop and start his statement repeatedly and led to complaints from fellow lawmakers.

"Regular order, the witness will continue!" Nadler said in an attempt to stop Gohmert.

"We're way beyond regular order!" replied Gohmert, who justified his disruption by saying that Ayer had gone beyond his allotted time limit in his opening statement.

"He's way beyond his time!" Gohmert complained, and then continued banging on his desk.