WATCH: Here are some unifying moments during the George Floyd protests that were overlooked 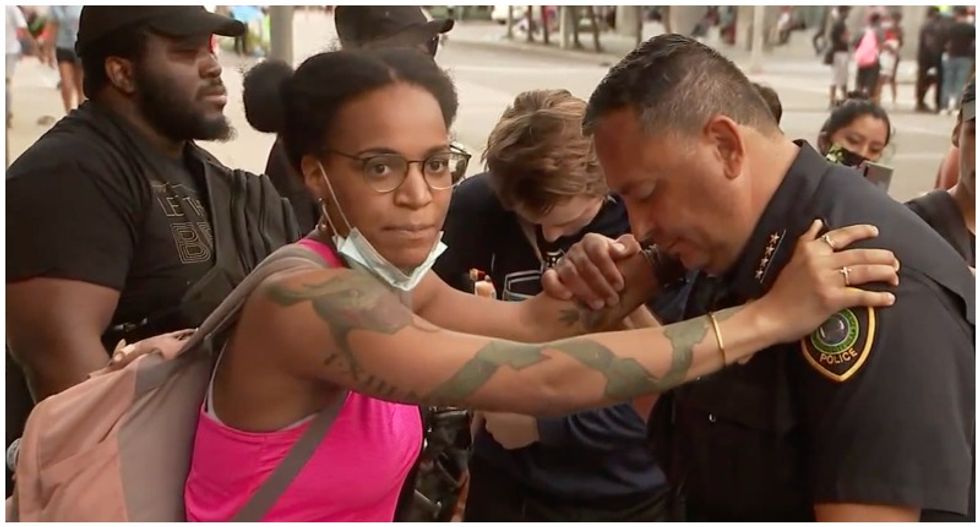 While there was plenty of destruction and looting for news cameras to film this past week, there were also plenty of peaceful, unifying moments as well. A local news outlet in Houston, Texas, chose to focus on those peaceful moments, and compiled a few examples that were captured on video.

One of the most covered moments featured Houston Police Chief Art Acevedo, whose emotional speech to protesters was shared widely.

But there were other moments in the city as well. One incident captured on video shows what happened when two different protest groups happened to link up on a city street.

I just want to share this video of two completely different protest groups in Houston that just so happened to link… https://t.co/8nIkNXl17I
— 𝓢𝓽𝓸𝓻𝓶 𝓬𝓱𝓲𝓵𝓭⛈🇩🇴 (@𝓢𝓽𝓸𝓻𝓶 𝓬𝓱𝓲𝓵𝓭⛈🇩🇴)1590890321.0

On Tuesday night, Houston's City Hall lit up with the colors of George Floyd's high school.

Read more over at ABC13 News.