WATCH: Lyft passenger launches into threatening racial tirade against driver after being told to wear a mask 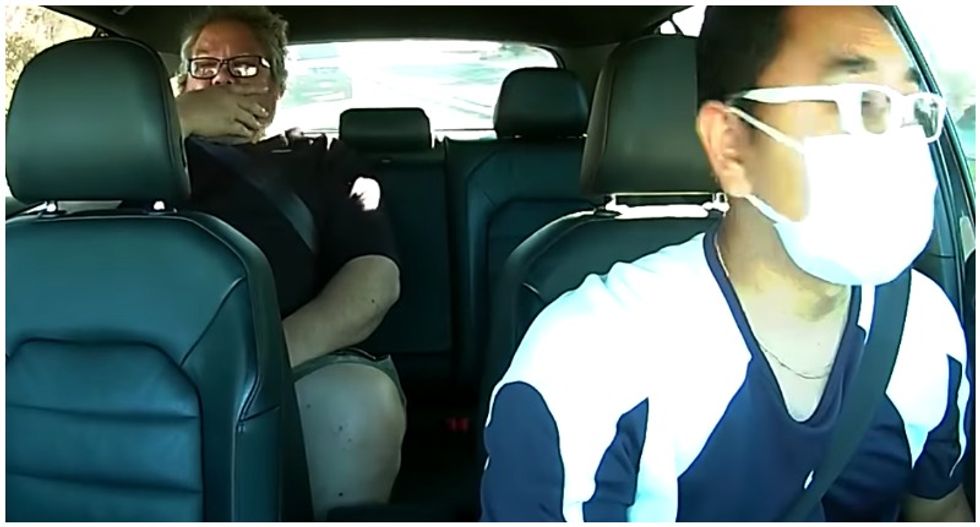 A video showing a Lyft passenger unleash a racist tirade on a driver was first shared on TMZ this Friday. The incident took place on May 28 in Las Vegas, and was sparked when the passenger was asked to wear a mask while riding in the video.

As soon as the passenger was asked to wear a mask, his demeanor changed, first telling the driver, "I don't like you," which prompted the driver to pull over and ask the man to get out.

"I should just f*cking crush your f*cking skull right now," the man says to the driver.

When the man realized that driver was serious about canceling the trip, he briefly tried to bargain but was soon back to acting belligerent.

"Get out of my car," the driver tells him.

"Did you ever take English class?" the man says, mocking the driver's accent.

At one point in the video, the man calls the driver a "f*cking w*tback."