WATCH: Man threatens to have Black teens arrested in front of their own house because they 'don't belong' in the neighborhood 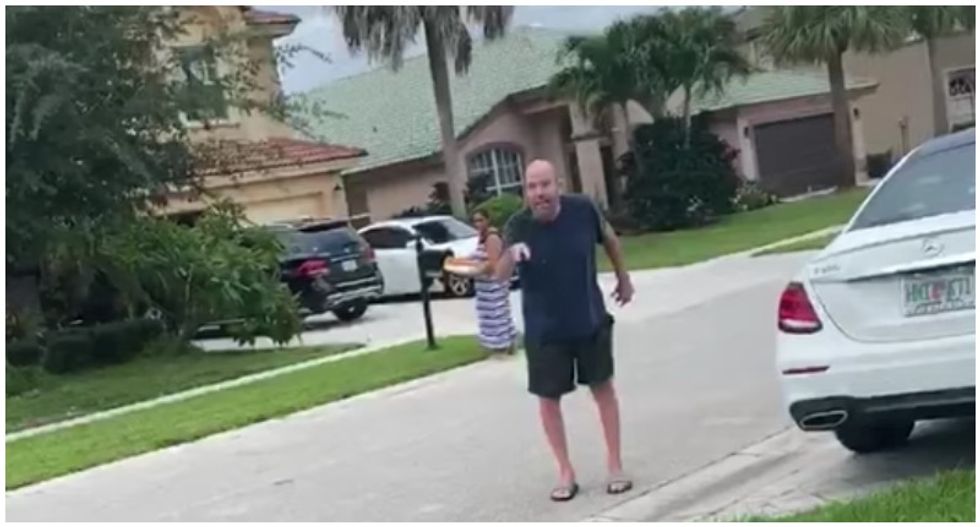 A racially charged confrontation in Wellington, Florida, between a man and a group of teenagers was caught on video. According to Breonna Nelson-Hicks, 15, the man followed her and her friends home.

The Palm Beach Post reports that five teens were riding in a golf cart Sunday afternoon in Nelson-Hicks' neighborhood when the man began following them in his car and started yelling at them. At that point, Nelson-Hicks' friend took out her cellphone and began recording.

“I don’t care if you take my picture ... because you don’t belong in this development,” the man can be heard saying in the video.

Nelson-Hicks, who is black, told the man that she does indeed live there. When the man asked her where she lived, she refused to tell him.

“OK, I’m going to call the gate and have you all arrested,” the man said, adding, “You do not deserve to be in here.”

When Nelson-Hicks threatened to get her grandfather, the man appeared to continue to follow her.