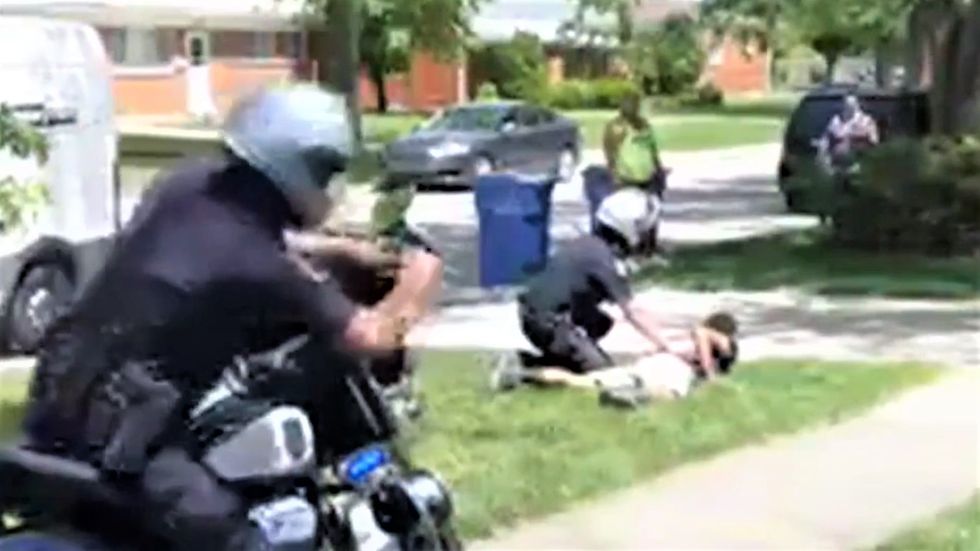 A neighborhood in Warren, Michigan expressed shock this week when local police took down a black Amazon driver for merely parking the wrong way on their street.

Fox 2 Detroit reports that witnesses say the Amazon driver was tackled by a police officer shortly after delivering a package to local resident Diana Gouim.

Gouim's neighbor, Geri Cheatham, tells Fox 2 Detroit that she didn't understand why the police officer tackled the driver and why he then called for backup.

"It was ridiculous for one little kid that was the size of me," she tells the station.

Jim Michaels, another witness on the scene, tells Fox 2 Detroit that many of the neighbors tried to convince the officers that the driver had done nothing wrong.

"We, several of the neighbors, spoke with the officer saying the kid hasn't done anything and the cop was like well, 'He was parked the wrong way,'" Michaels recalls.

The Warren Police Department says that the incident is being reviewed, and Police Commissioner Bill Dwyer so far has refused to say why the driver was detained.