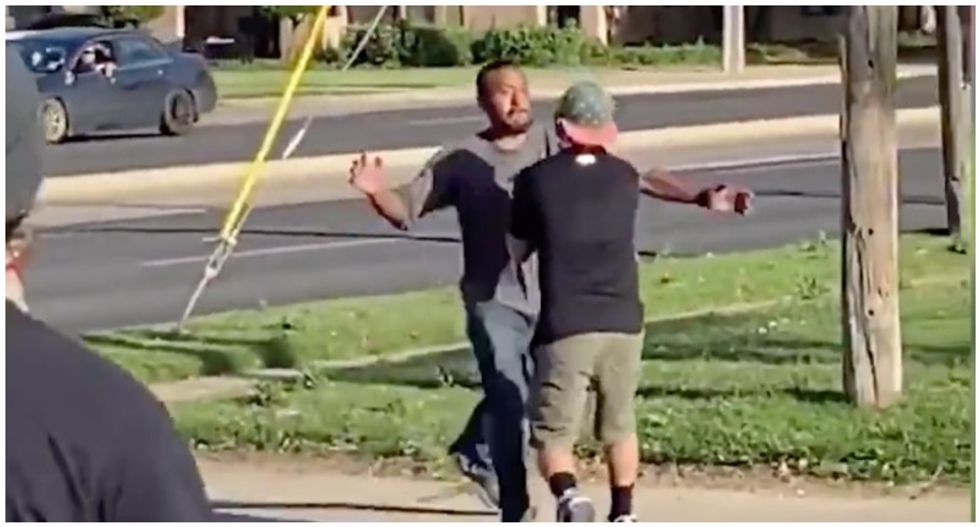 In an incident that was captured on video in Lubbock, Texas, this Tuesday, and man who was carrying a semi-automatic rifle was tackled and detained by people attending a Black Lives Matter protest, KVEO reports.

Emmanuel Quinones, 25, was carrying a loaded Smith & Wesson .223 caliber semi-automatic firearm at the protest. The video shows numerous people imploring him to put it down. Quinones did put the weapon down when a police officer who showed up on the scene drew his gun, and was subsequently tackled by protesters.

According to police, Quinones threatened President Trump and said, “this is a revolution,” as he was taken into custody. He later admitted in an interview that he had made social media posts targeting Trump and "MAGA instigators."

“The FBI respects the rights of individuals to peacefully exercise their First Amendment rights. In this case, the defendant threatened multiple lives including the President of the United States and that will not be tolerated,” said FBI Dallas Special Agent in Charge Matthew J. DeSarno. “We will continue working with our local, state, and federal partners to apprehend and charge violent instigators who are exploiting legitimate, peaceful protests and engaging in violations of federal law.”

Watch a report on the story below, via KVEO: