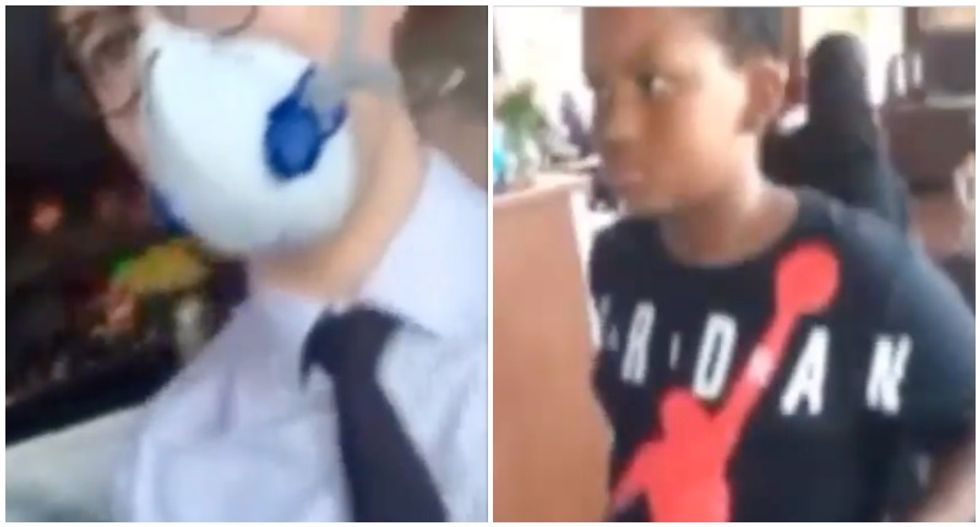 A video posted to Instagram this Monday showing a Baltimore restaurant employee denying service to a African American boy, claiming that his athletic shorts and tennis shoes violated their dress code despite seating a white child who was similarly dressed, has since gone viral and now the restaurant is apologizing, CBS Baltimore reports.

The Atlas Restaurant Group on Monday apologized to the boy, saying they were “sickened” by the incident and that it should never have happened.

"Today, we learned of an incredibly disturbing incident that occurred at one of our restaurants in Baltimore, Ouzo Bay," the statement posted to Twitter read in part. "We sincerely apologize to Marcia Grant, her son & everyone impacted by this painful incident. This situation does not represent who or what Atlas stands for."

“This difficult situation does not represent who or what Atlas Restaurant Group stands for,” the statement continued. “While dress codes across Atlas properties are the result of ongoing input from customers, in no way are they intended to be discriminatory. That said, this past weekend’s incident at Ouzo Bay clearly serves as a moment we will learn from and create change.”

According to statement, the restaurant's manager has been placed on "indefinite leave."