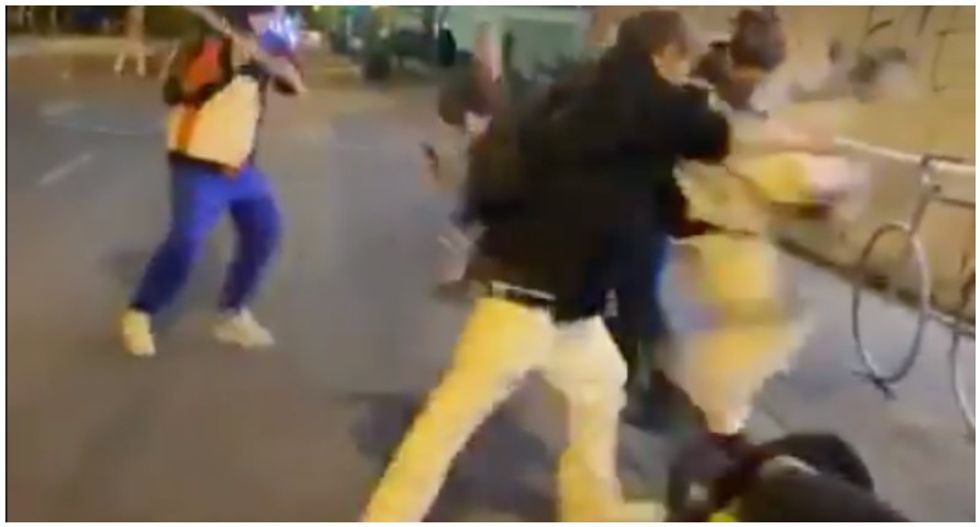 In a disturbing and graphic video reported on by VICE News, three white men can been seen attacking a "nonwhite protester" during protests in Minneapolis.

Jose Ponce, 26, who took the video, was walking with Tanis Beiris, 31, when they spotted the three men causing damage and throwing things at the police.

“They stood out to me in a way. They seemed like they weren’t from here; they looked very suspicious to me — something didn’t feel right,” Ponce told VICE.

When Beiris approached the men and asked where they're from, one the men approached her holding a machete. Then, a man came out from nowhere and told then men to leave. That's when the man with the machete reportedly "jumped on him."

“They just attacked him,” Ponce added. “Stomped him. It was bad.”

The actual attack was captured on video (Warning: graphic):

On Fox Business Thursday, contributor Joe Concha complained about the homeless problem in New York City, connecting it to the "smell of weed" in Central Park. He also berated mayor Eric Adams for lack of progress on crime rates and surging homeless populations.