'We need to put guardrails in place': Senator unveils plan to bar use of US military force against protesters 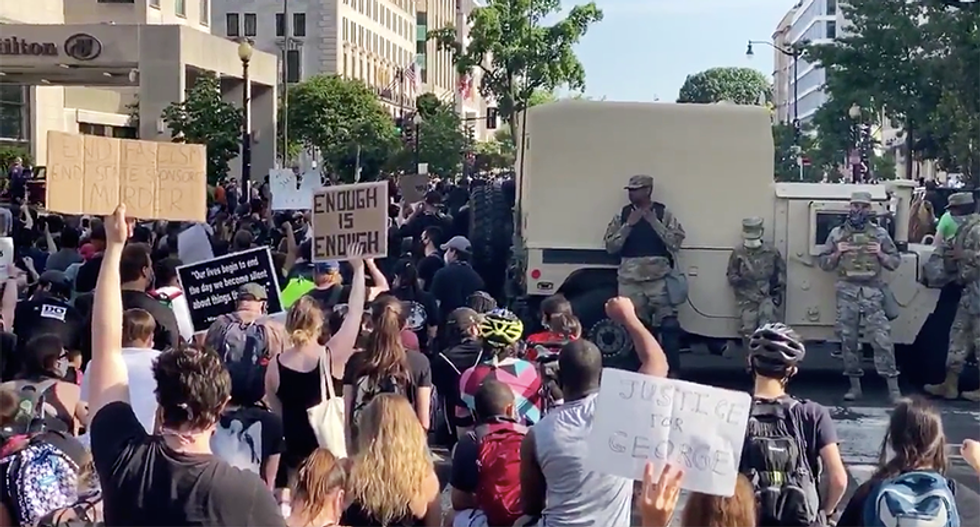 "I thought that would seem obvious to everyone. But as we take up the NDAA next week, I'm going to be pushing to ensure the president can't treat the U.S. military as his personal palace guard."

Sen. Tim Kaine on Tuesday announced plans to introduce an amendment barring the American military from using force against U.S. protesters, a proposal that the Virginia Democrat said he "never thought" Congress would need to pass until he watched National Guard soldiers violently assault peaceful demonstrators in the nation's capital earlier this week.

"I never thought we would have to use the National Defense Authorization Act to make clear that the U.S. military shouldn't be used as an agent of force against American citizens," Kaine said in a statement. "I thought that would seem obvious to everyone."

"I'm going to be pushing to ensure the president can't treat the U.S. military as his personal palace guard to try to ward off peaceful protests," Kaine added.

The Virginia Democrat said the Senate Armed Services Committee is expected to take up the NDAA—which sets the Pentagon's budget—some time next week.

In a video posted to his website Tuesday, Kaine said his amendment would ensure that no federal funding is used by the Defense Department to "marshal force against protesters" as they demonstrate nationwide against the police killing of George Floyd.

"We essentially can defund activities like that, and if you do they don't happen," said Kaine.

I never thought we would have to use the National Defense Authorization Act to make clear that the US military shou… https://t.co/hpEV75maoS
— Tim Kaine (@Tim Kaine)1591130838.0

Kaine's proposal came a day after Trump said in a speech at the White House Monday that he is "dispatching thousands and thousands of heavily armed soldiers, military personnel, and law enforcement officers" to Washington, D.C. to confront protesters.

Trump also warned that he is prepared to invoke the Insurrection Act of 1807 to deploy U.S. troops to any state that refuses to activate the National Guard.

On Tuesday, the Pentagon announced it had shifted 1,600 U.S. soldiers closer to the Washington, D.C. area.

"Active duty elements are postured on military bases in the National Capitol Region but are not in Washington, D.C.," Pentagon spokesman Jonathan Rath Hoffman said in a statement.

"The military should never be weaponized by the president to limit these expressions for liberty and justice," the senators wrote. "We believe it is antithetical to what those in uniform have sworn to protect and defend, and a serious threat to our democratic system."