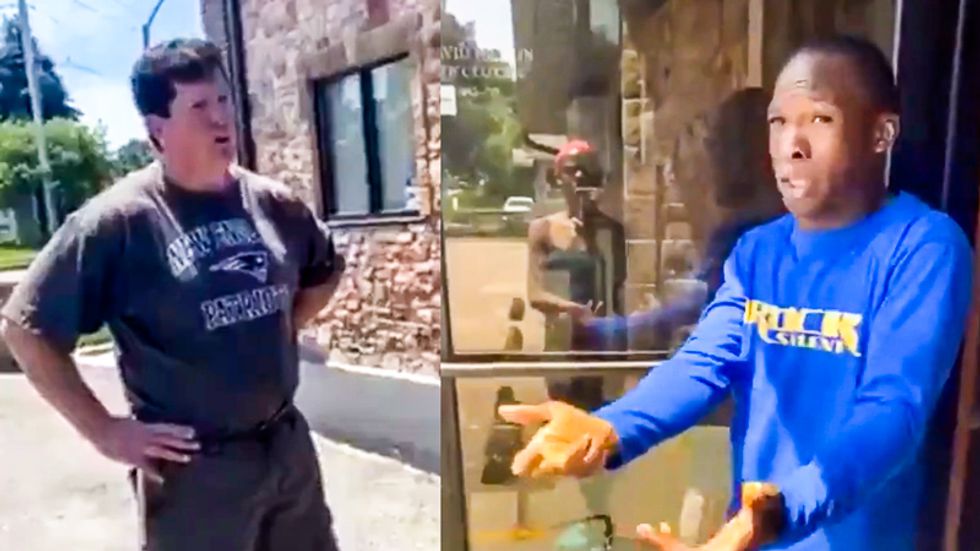 A white landlord in Iowa has reportedly evicted a group of black business owners after he saw their employees supporting Black Lives Matter on the news.

"We got kicked out from our business office space by our landlord cuz he saw us on the news peacefully protesting," Stylent CEO Jeremiah Johnson revealed on Twitter. "Violating our 1st amendment rights and the lease. Please share this video! When other people protest for haircuts, it’s great! But when I protest peaceful it’s bad!!"

We got kicked out from our business office space by our landlord cuz he saw us on the news peacefully protesting.Vi… https://t.co/q7qb5cueUw
— Jeremiah Johnson (@Jeremiah Johnson) 1591482650.0

These were the pictures he saw on the news that made him think we were doing criminal acts. I’ll never support loot… https://t.co/GTJvujNqmO
— Jeremiah Johnson (@Jeremiah Johnson) 1591490128.0

Video shared on Twitter shows the landlord explaining his decision to evict the business.

The landlord seems to argue that employees of the business were wrong to be protesting in an area where looting was also occurring.

"I was protesting the right way," Johnson says in the video.

"I will tell you flat out," the landlord opines, "if there's something illegal going on at a place that I'm at, I don't want to be a part of it. I'm personally going to leave."

"There was two different groups," Johnson points out.

"All I'm saying is I think it's poor judgement to be at a place where something illegally is going on," the landlord continues. "Whether you are a part of it or not."

"We didn't think that was going to happen," the business owner says. "We were there for a peaceful protest."