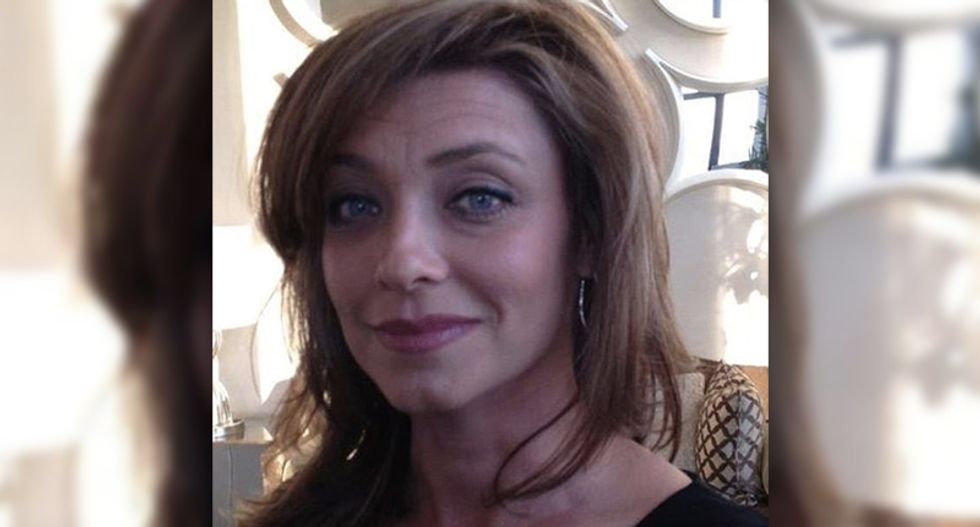 Assistant Principal Deborah Morse-Cunningham is being investigated by her Staten Island school and the NYC Department of Education after she allegedly posted a racist rant on Facebook," the Daily Mail reported.

The principal, who reportedly makes $130,000 per year, posted about how she, as a white woman, defines "privilege" using outdated stereotypes of Welfare queens and other attacks on young people of color.

"Privilege is wearing $200 sneakers when you've never had a job. Privilege is wearing $300 Beats headphones while living on public assistance," she wrote." Privilege is living in public subsidized housing where you don't have a water bill, where rising property taxes and rents and energy costs have absolutely no effect on the amount of food you can put on your table."

"Privilege is having as many children as you want, regardless of your employment status, and be able to send them off to daycare or school you don't pay for," she also typed.

Her school has a minority enrollment of about 49 percent and nearly 60 percent of the students are economically advantaged.

"Deborah Morse-Cunningham, a longtime educator and assistant principal at New Dorp High School on the South Shore of Staten Island, has decided to use her platform and social media presence to post anti-Black messaging during this time," a parent's Change.org petition says demanding her dismissal.

"She recently posted a rant to her public Facebook page, detailing vicious stereotypes and racial profiling directed at the Black community. As someone responsible for the tutelage of our youth, this is especially troubling and problematic rhetoric to say the least," the petition also says. 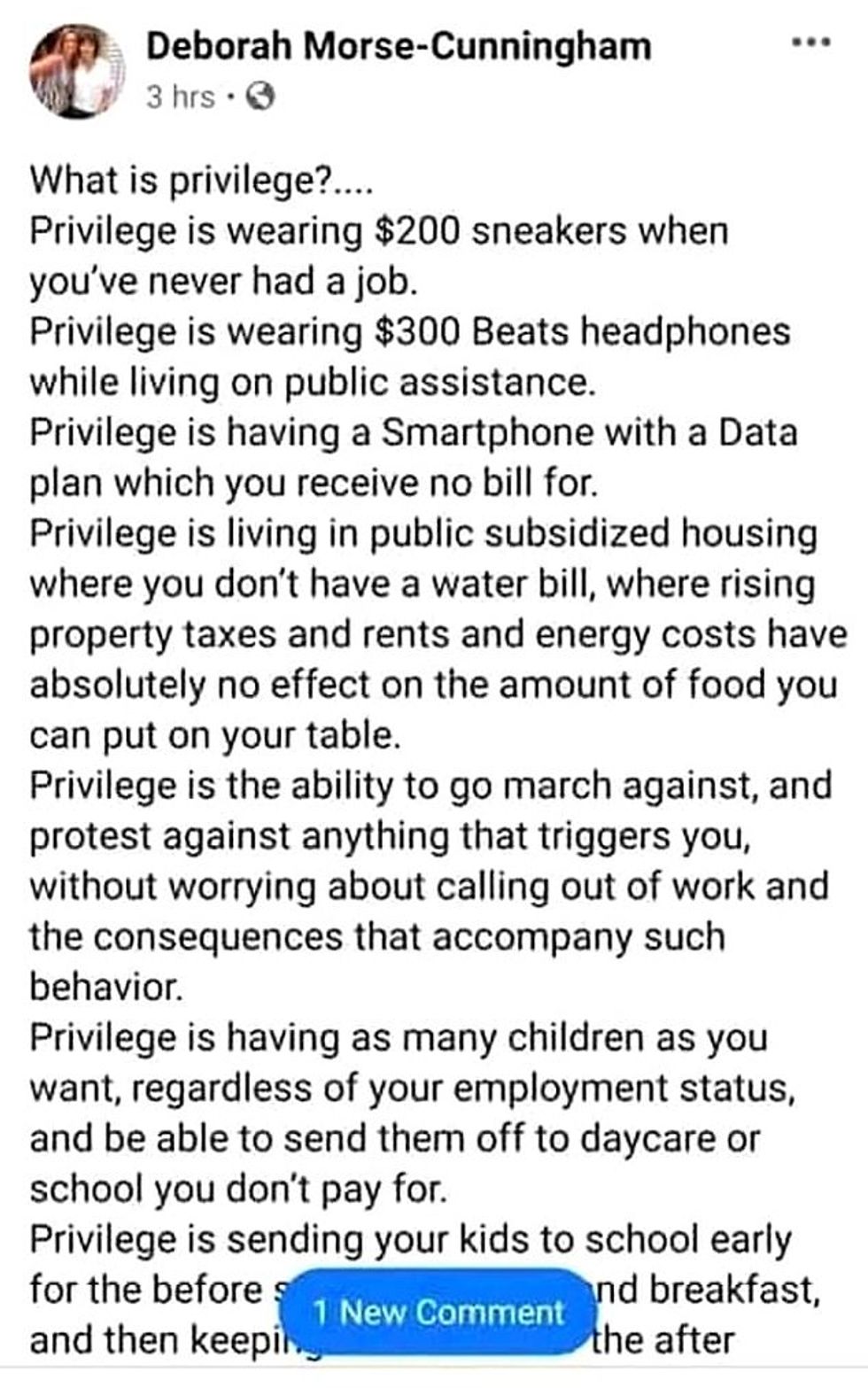