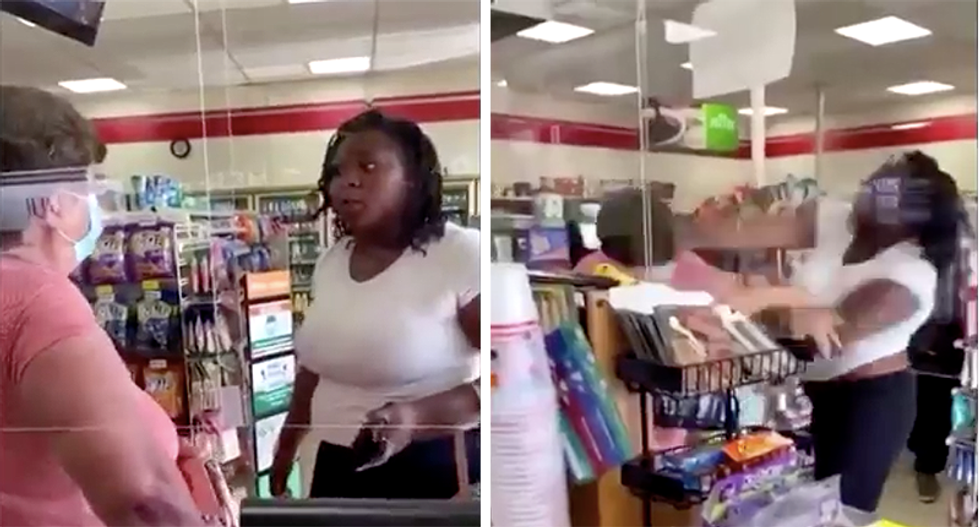 A woman was captured on video in Sacramento, California saying the the N-word during a confrontation with a Black woman in a convenience store.

The video, posted by TMZ, shows a heated exchange between the two women which quickly turned violent.

The video doesn't show how the fight began, but the white woman swears she only said "excuse me." The Black woman said that she heard something different.

The Black woman then says she'll beat the hell out of the white woman if she ever uses a racial slur again, and then repeatedly demands that she say it. That's when the white woman drops the racist pejorative.

The white woman then ends up on the floor. The Black woman's husband said on Facebook that his wife was arrested for assault, though TMZ said that could not be confirmed.