Woman who coughed in baby's face during social distancing dispute may be a schoolteacher: report 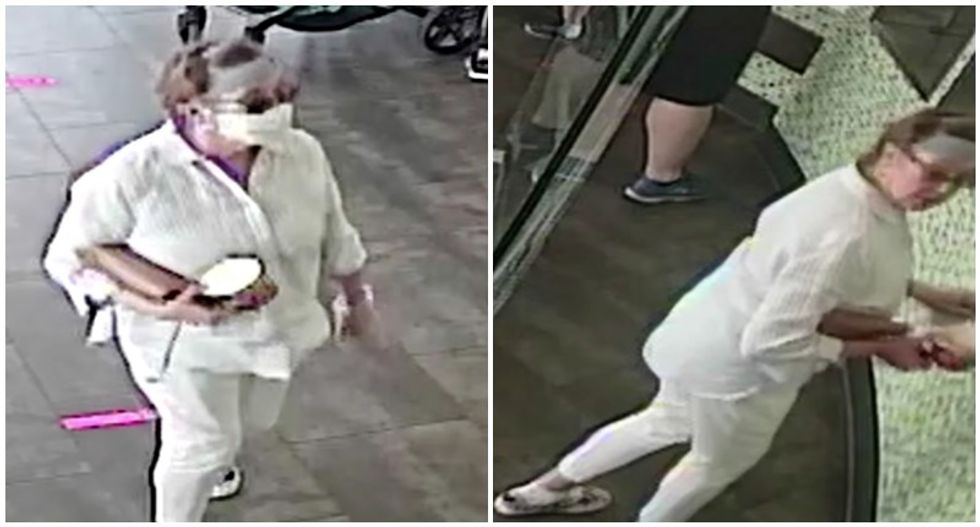 Police in San Jose, California, are still looking for a woman who was caught on surveillance video coughing into the face of a 1-year-old child. Now, it looks like they might be coming closer to identifying the suspect.

The suspect was in line at a frozen yogurt shop when she complained that a woman standing behind her with an infant in a stroller was not maintaining proper social distancing. In surveillance video shared by San Jose Police, the suspect can be seen coughing in the child’s face, prompting the mother to quickly close the stroller’s hood.

Now, according to ABC7, police are looking into claims from social media users that the woman might be a school teacher in the Oak Grove School District.

Police say the child's mother looked at a lineup of photos and has already identified the suspect.